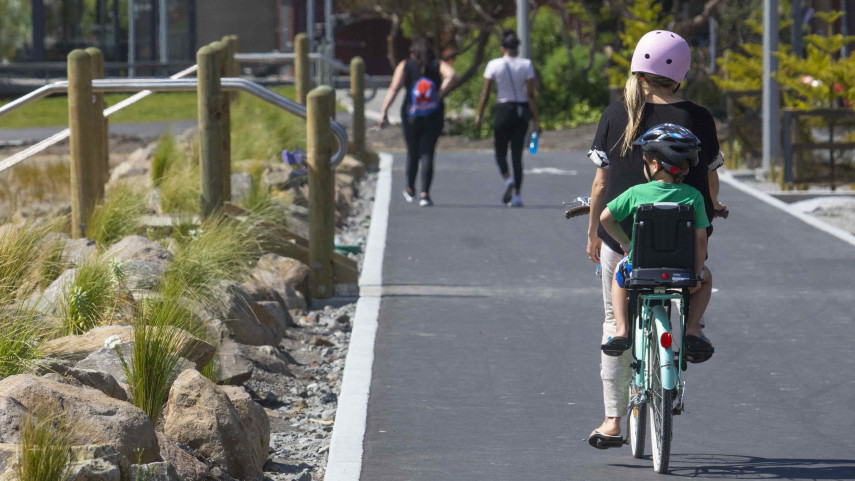 Six cycle routes will be completed in Christchurch thanks to funding from the Government’s investment in shovel-ready infrastructure as part of the COVID-19 recovery.

Construction is expected to start on some of these projects within the next few months, with the remainder beginning in 2021.

Funding for these projects is part of the $220 million cycleway package included in the Government’s $3 billion ‘shovel-ready’ infrastructure projects as well as from the National Land Transport Fund and Christchurch City Council.

“Without this funding, many of these projects would be years away from even starting,” says Ms Genter.

“These cycleways will provide continuous protect bike network – separated from traffic - across the city and to the outer suburbs. This means more kids and less confident riders will have the freedom to bike to school, to work or the shops, meaning fewer cars and congestion on the roads.

“During lockdown we saw many more families and kids out on their bikes, which shows that when our streets feel safe to cycle people want to ride,’’ Ms Genter says.

“The network that we’re creating is making Christchurch one of the most cycle-friendly cities in New Zealand. It is making cycling a safe, convenient option for more people and easing the pressure on our roads.

“The significant funding contribution from the Government is an endorsement of the benefits our cycleways bring to the transport network, people’s health, our economy, and our environment,’’ the Acting Mayor says.