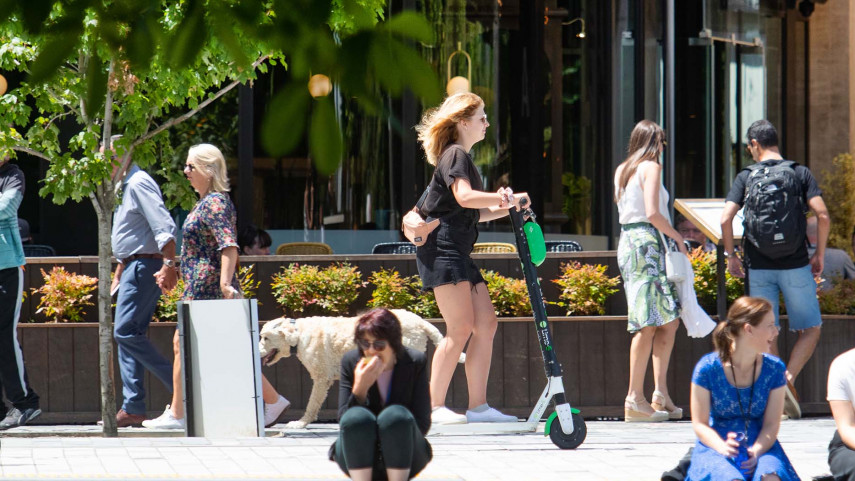 Lime Technology can charge ahead with its plans to expand its Christchurch fleet of electric scooters.

The Californian-based bike and scooter share company has been given a 12-month permit to trade in Christchurch and permission to add an additional 300 scooters to its 700-strong fleet. Lime's e-scooters have become a popular way of getting around.

Under the terms of the permit approved by the Council, Lime will have to pay a standard rental charge for the use of the public land that its scooters occupy. The rental charge equates to about $86.25 for each scooter, per year.

The door has also been left open for other scooter share companies to operate in Christchurch. The number of scooters permitted in the city though has been capped at 1600.

During that trial, more than 100,000 people rode the scooters.

Deputy Mayor Andrew Turner says the scooters have helped create a buzz in the central city by providing a fun and quick way for people to get around.

“I think they have been a really positive addition to our city. It has been great this summer to see so many people using them and obviously enjoying themselves as they do so,” Cr Turner says.

“We have received written assurances from the Lime that they believe the braking issue that has caused problems in Auckland and Dunedin has been fixed and that all defective scooters have been removed from service.

“Based on that assurance we have decided to grant Lime a 12-month trading permit, but Council staff will continue to closely monitor Lime’s operation to ensure the scooters remain safe for use,” Cr Turner says.

A survey of 8000 residents in December 2018 and January 2019 found there was strong support for the continued operation of Lime scooters in Christchurch.

Find out how to use e-scooters safely.