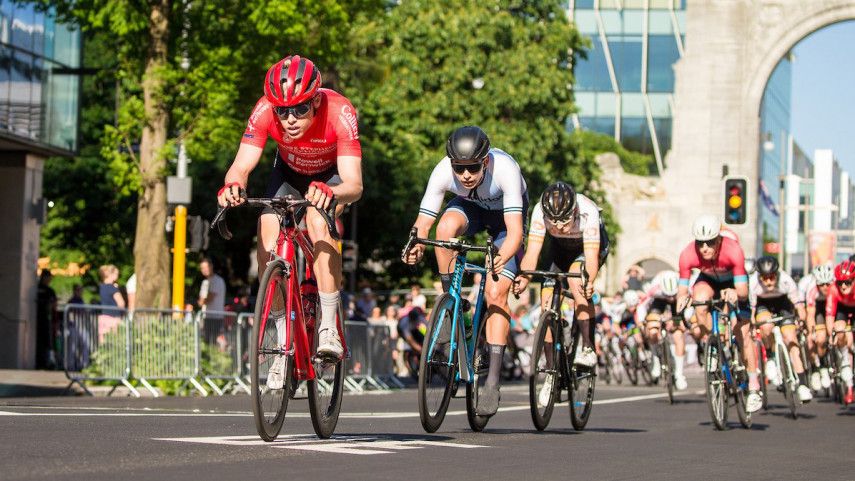 The country’s top cyclists will race for glory on the streets of central Christchurch this Sunday as the Criterium National Championships returns to the city.

Cyclists will be competing for national elite and Under 19 titles on a multi-lap 1.1 kilometre race circuit around Cambridge Terrace, Cashel Street, Montreal Street and Gloucester Street.

“The Criterium National Championship attract the top cyclists in the country so there is always fierce competition and lots of fast-paced action,’’ says Christchurch City Council Head of Recreation, Sports and Events Nigel Cox.

“This is the third year the championships have been held in central Christchurch and we are thrilled to be welcoming the competitors and their supporters back to our city. They were originally due to come here in November, but the championships had to be postponed because of the COVID-19 Delta outbreak.’’

As the championships are being run under the Orange setting on the COVID-19 Protection Framework, people wanting to watch the racing from the spectator viewing areas will need to have a My Vaccine Pass.

“Because the competitors are racing on the road, there will be road closures and detours on the day, between 10am and 9pm.

“If you are travelling across the central city, we recommend that you use Madras Street, Barbadoes Street and Fitzgerald Avenue. The intersection of Durham Street and Bealey Avenue will be closed to traffic.’’

Parking within the race route will be closed from 10am to 9pm, including the West End and Christchurch Art Gallery carparks. People needing to exit the carparks after 10am should be prepared for delays.

Christchurch Art Gallery Te Puna o Waiwhetū will be open as usual. Access to Christchurch Hospital will remain fully open and emergency service vehicles will be permitted across the road closure area at all times.