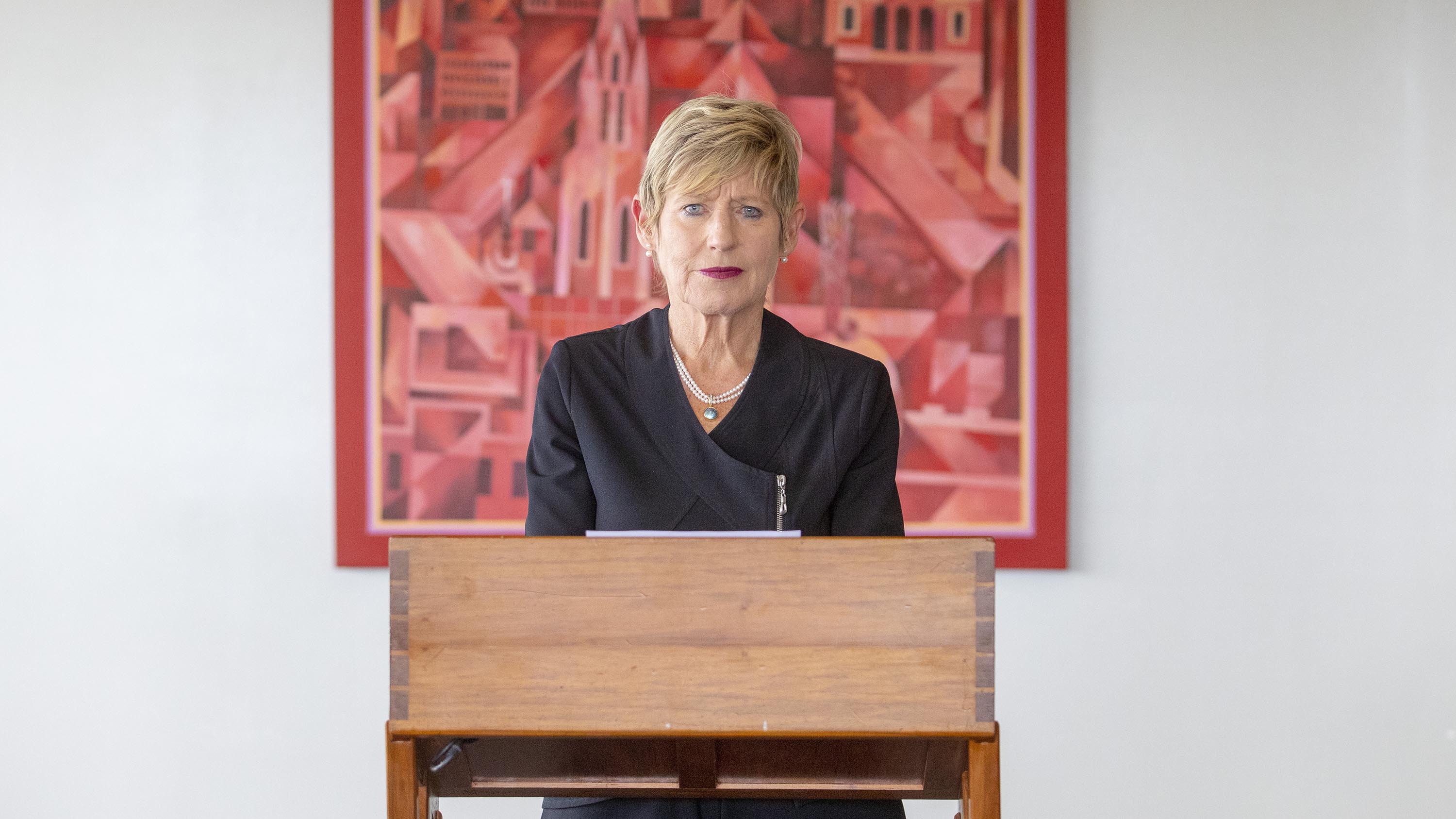 Over the past few days I have met with many bereaved families and others personally affected by the impact of the 22 February 2011 earthquake to offer a formal apology on behalf of the Christchurch City Council.

In my letter advising people I would be offering this apology, I stated I was committed to ensuring the apology would be as ‘personal, private and respectful’ as possible.

I explained I would not be informing media outlets of this apology, or inviting them to attend. I made it clear that neither I nor anyone else from Christchurch City Council would be responding to any media enquiries on this topic until after I had apologised to the bereaved families and those who were seriously injured, traumatised or affected by the earthquakes.

I felt this was the proper way to apologise and I still do.

At private events in Christchurch, Tokyo and Toyama, I have formally apologised to the bereaved families and to all those who were injured or traumatised as a result of the CTV building collapse and the collapse of the unreinforced masonry buildings that could have been better secured, or cordoned, on 22 February 2011.

I have had the opportunity to meet many families and to talk personally with them.  It has been an emotional experience and one I will never forget.

This apology is something many people have wanted to happen for nine years. Japanese families, for example, have written every year in the lead-up to the anniversary.

I personally felt it was important that the apology did not become intertwined with the 10th anniversary of the earthquake.

When 22 February 2021 dawns, I want the quake victims’ families to be able to focus solely on remembering those they lost and everything they meant to them. It is going to be a very significant day for them – an important milestone as some have said to me - and I do not want anything to detract from that.

I am aware that not all of those injured or the quake victims’ families wanted this apology.

Nothing that I say or do changes what happened on that day. Nothing will restore to them or anyone else what has been lost and I acknowledge that.

Now that a video of the apology and the text (which has been translated into six  languages) has been made available online to the rest of the families and others affected by the earthquakes, this information can be released.

You can see what I said here.

The first part of the apology relates to the families of those who died and to the people who were injured when unreinforced masonry buildings collapsed on them or the vehicle they were in.

I noted that people’s lives were saved when steps were taken to secure these earthquake-prone buildings or when sufficient cordons were in place. People died when these steps were not taken or the steps proved to be inadequate, and I apologised on behalf of the Christchurch City Council for that.

Christchurch has learned a tragic lesson about the dangers of unreinforced masonry buildings, and although the law has been significantly improved, the Council and I will continue to fight for the changes that still need to made. I will speak more of that in coming days.

Of the 185 people who died in the earthquake, 115 people were killed in the CTV building. Of them, 28 were Japanese and this is why I travelled to Japan.

Many of the families wanted to know that steps had been taken to ensure that no other family had to go through the pain and grief that they have suffered.

It was therefore important that I give an assurance that we have learnt from the experience. I highlighted some of the changes that have been made to improve building safety as a result of the earthquake, but there is still more work to be done.

I want to stress that the apology that I have given has been made on behalf of the Christchurch City Council. It was unanimously supported by all Councillors.

We are all committed to ensuring the tragic events that occurred in our city are never repeated.

At the same time as endorsing the apology, Council resolved to reconsider the findings of the Canterbury Earthquakes Royal Commission, which was established to report on the causes of building failures in the earthquake, to ensure that the lessons have truly been learned and embedded into law and, more importantly, into practice.

As a Council we are committed to continuing to advocate for further changes to be made to the law so no other town or city in New Zealand experiences the trauma and the loss of the life that Christchurch did on 22 February 2011.

* The Mayor’s travel to Japan and accommodation was paid for by the Ministry of Foreign Affairs and Trade. Other expenses associated with the apology events in Japan are being funded by the Christchurch City Council’s Civic and International relations budget and by the Mayor herself.