Christchurch on the road to easier travel 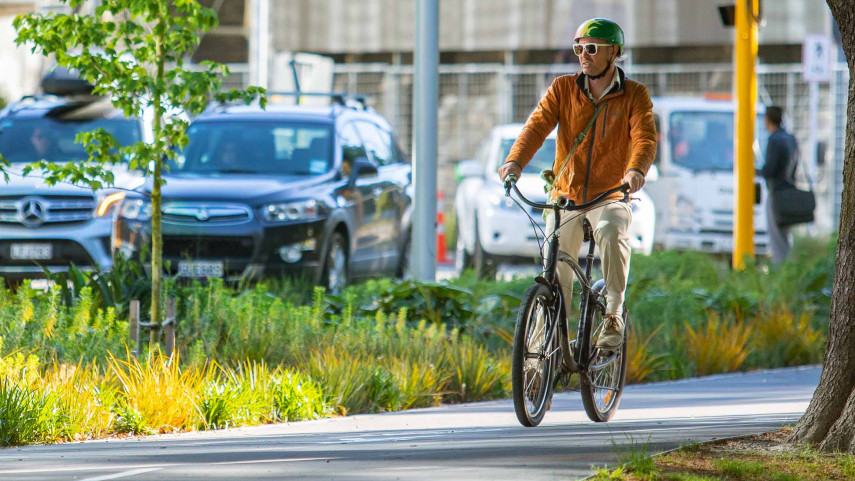 Christchurch motorists, cyclists and pedestrians are starting to feel safer when travelling around the city. People are starting to see the benefits of the transport changes that have been made.

The survey – commissioned by Christchurch City Council – seeks people’s views on the ease of travelling around the city, safety, and the modes of transport people are using.

About 3000 responses were collected from a range of people and communities.

“We want to create a well-connected city that people can get around safely and easily,’’ Dr Edwards says.

“These survey results are encouraging because they show that people are starting to see the benefits of the transport changes that have been made. Motorists, cyclists and pedestrians are starting to feel safer, but we still have some work to do to make it easier for residents to travel in Christchurch.

“There are still challenges, too, with the condition of some of our roads, but we are moving closer to our aim of having an efficient, integrated transport system that offers a range of choices for everyone,’’ Dr Edwards says.

The survey results show that people’s perceptions of parking options and travel and pedestrian safety have also improved, with fewer people identifying these as issues.

Cyclists have reported a significant improvement, with 63 per cent saying it is easy to travel by bike, up 9 per cent on 2017. A third feel safe when cycling, up 11 per cent on the previous year.

More people feel safer on public transport and while waiting for a bus. Pedestrians are also happier, with 74 per cent feeling safe, up 5 per cent on 2017.

Walking tops the satisfaction poll, with 76 per cent finding that easy in the city and about half feeling safe. About a third are satisfied with the city’s footpaths and pedestrian areas.

However, about 60 per cent of respondents are unhappy with Christchurch’s roads, citing potholes, surface problems and ongoing patch repairs.

In general, while cars still rule the road, people are finding it easier to use other transport modes.