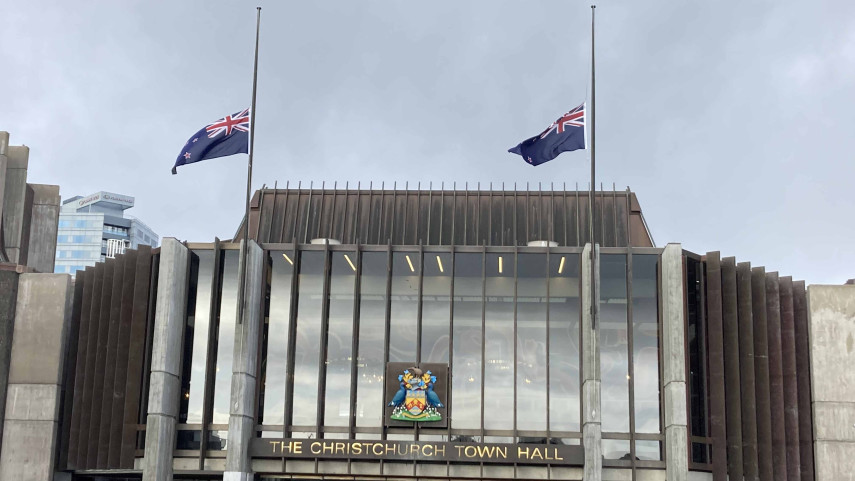 The flags at the Christchurch Town Hall are flying at half-mast in tribute to the one of the building’s architects, Sir Miles Warren, who died on Tuesday.

“Sir Miles was one of New Zealand’s most influential architects. Since the 1950s he has designed many iconic and innovative buildings, including the wonderful Christchurch Town Hall,’’ says Venues Ōtautahi Chief Executive Caroline Harvie-Teare.

“We will be flying the flags at the Christchurch Town Hall at half-mast until Sir Miles’ funeral next Thursday as a way of acknowledging his wonderful contribution to our city.

“The Christchurch Town Hall is one of our city’s most iconic venues and is in the hearts and minds of so many in our community. Sir Miles will be sadly missed but his legacy will live on in his incredible buildings,’’ Ms Harvie-Teare says.

She says she has had many memorable moments in her time as Mayor but a memory she will treasure forever is reopening the Town Hall in 2019 alongside Sir Miles, two of Maurice Mahoney’s great grandchildren, and Sir Harold Marshall, who was responsible for designing the Town Hall’s acoustics.

“The reopening felt like a like a tribute to Sir Miles and a re-gifting of the same sense of awe and wonder I felt as a child,’’ the Mayor says. “Sir Miles has left many legacies for our city and his contribution to our city will endure for a very long time.’’ 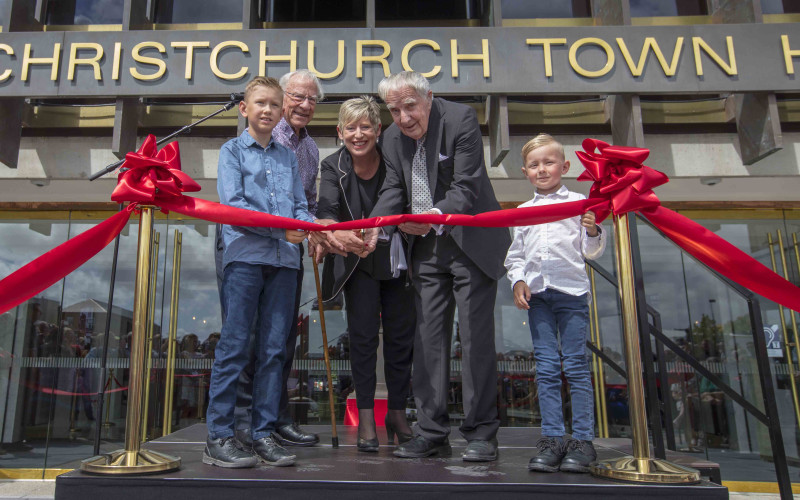