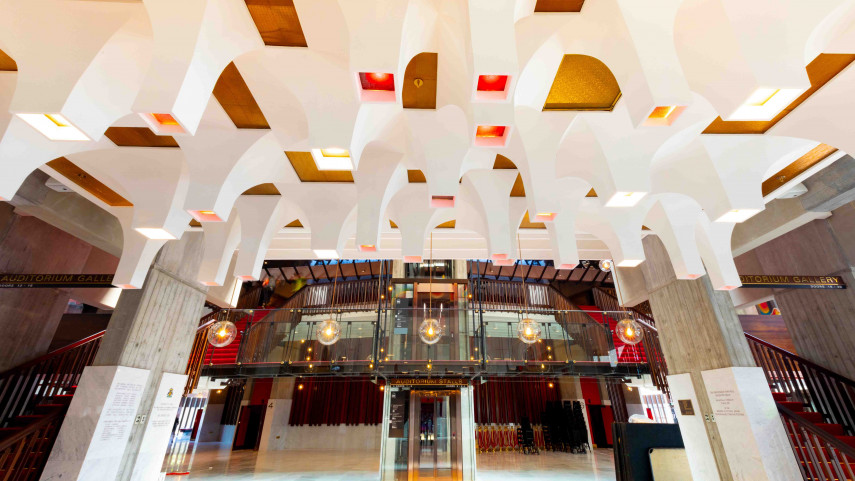 Christchurch’s restored Town Hall has won two international structural engineering awards at the Institution of Structural Engineers (IStructE) Awards in the UK over the weekend.

The $167 million Town Hall project won both the Supreme Award for Structural Engineering Excellence (jointly) and the Structural Heritage Award, beating out entries such as the famous Jewel waterfall at Singapore’s Changi Airport.

“This conservation project demanded a full spectrum of technically complex structural and geotechnical solutions,” the judges’ feedback said. “The result preserves the original character and style of the building and protects the existing fabric - a positive both for sustainability and the client.
“This project is an excellent example of what structural engineers can bring to a devastated existing building. By understanding its behaviour and failure, the team was able to repair and preserve this important structure.”

Project director Mark Browne of Holmes Consulting said the IStructE Supreme Award is regarded as the pinnacle achievement for engineers.

“We’re ecstatic to receive this award and for the Town Hall project’s engineering to be recognised at the highest level,” Mr Browne says.

The Christchurch Town Hall opened to the public in February 2019 and since then has hosted hundreds of events, concerts and functions.

Venues Ōtautahi chief executive, Caroline Harvie-Teare, says the Town Hall has re-established itself as one of the premier events’ spaces in the city.

“The judges’ feedback highlighted both the Town Hall’s acclaimed architecture and acoustics, and anyone who visits can attest to the quality and finish of both,” she says. “The Town Hall continues to attract world-class musical acts and events, and we’re looking forward to a very exciting 2022.”

In September, Heritage New Zealand Pouhere Taonga recognised the restored Town Hall as a Category 1 Historic Place. It originally opened in 1972 but remained off-limits to the public for eight years following the 2010-11 earthquakes.

Tūranga also picked up an IStructE award in 2019, when engineering firm Lewis Bradford won the Award for Structures in Extreme Conditions for its work on the central library building.