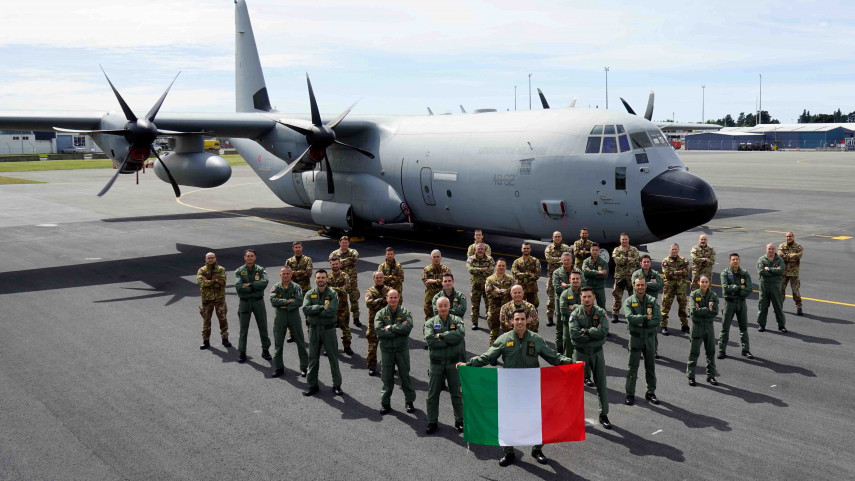 Christchurch’s Gateway to Antarctica status continues to pay dividends for the city, as activity between Christchurch and the icy continent ramps up.

The Antarctic summer season kicked off in early October. The United States, Italian, Korean and New Zealand national programmes operate from Christchurch, with these organisations alone bringing in more than $100 million in economic impact to the local economy every year.

The core purpose of Antarctic activity remains scientific research and environmental protection, with the vast majority of Antarctic-related ships and aircraft coming through Christchurch linked to this mission.

In 2019, total Antarctic-related activity is forecast to be worth upwards of $500 million to the New Zealand economy, with an estimated $270m of that impacting Canterbury.

More than 100 ice-bound flights depart Christchurch International Airport every season, with this number expected to rise as these important programmes increase their Antarctic activity.

Germany, France and China also use Christchurch as a gateway to the Ross Sea region, embarking on various southern expeditions from the Port of Lyttelton and Christchurch International Airport.

The Italian Antarctic Program is boosting their activity on the ice from 2019. Their Christchurch-based team is receiving Italian Air Force support for the first time in 19 years, and their new ice-breaking research and cargo vessel Laura Bassi visited Lyttelton in early December for the first of three summer visits.

Giuseppe Antonelli, of the Italian Antarctic Program, said the support they received in Christchurch greatly helped their research efforts.

“We’ve been based in Christchurch since 1986, servicing our Mario Zucchelli Station in Terra Nova Bay, and our joint venture with France, Concordia Station,” Mr Antonelli said.

“The Antarctic Office of ChristchurchNZ assists us to connect with important local and national stakeholders and facilitates the development of new Antarctic-related opportunities for us.”

The Italians are building a permanent hard-rock runway at Terra Nova Bay, near their station. To be completed over the next few years, it is expected the project will have a positive impact on the Christchurch economy as it creates another important hub in the Ross Sea region.

The 10-year redevelopments of both Scott Base and McMurdo Station will also largely be channelled through Christchurch, with both the New Zealand and United States Antarctic programmes expected to engage with the local economy during these projects, together valued at nearly $1 billion dollars.

According to a biannual report commissioned by Antarctica New Zealand, Antarctic-related activity in 2015 was worth $431 million to New Zealand, $235m of which came through Canterbury. In 2017, the national figure jumped to $481m, with $262m coming through Canterbury. These numbers are set to increase as rebuild work at Scott and McMurdo bases gets under way. China is also building a new base at Inexpressible Island in Terra Nova Bay.

“These figures clearly show the real and increasing value of our status as one of only five international Antarctic Gateway cities,” said David Kennedy, Head of The Antarctic Office.

Ongoing monitoring and research associated with the Ross Sea Region Marine Protected Area, established in 2017, is also forecast to bring sustained activity through both Port of Lyttelton and Christchurch International Airport. It is the largest protected area of its kind in the world.

“We’re looking forward to seeing growth in this sector and encourage Christchurch locals to celebrate our special connection to the Antarctic,” Mr Kennedy said.