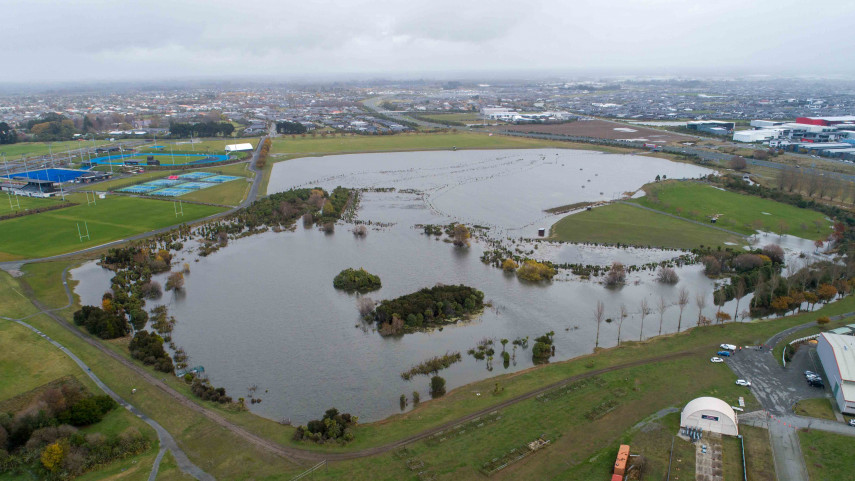 The Council’s use of the District Plan to set minimum floor levels to protect buildings in flood-prone areas of the city from the risk of flooding also helped reduce the damage.

“Over the past few years we have invested heavily in floodplain management to try and protect people’s homes and businesses. This week we saw that investment pay-off,’’ says Chair of the Council’s Three Waters Infrastructure and Environment Committee, Councillor Pauline Cotter.

How much rain did we get?

Much of Christchurch and Banks Peninsula received more rain during this weather event than they had received in the six months leading up to it.

More than 127mm of rain fell in the city between noon on Saturday and 5pm on Monday.

The rainfall was higher than the amount that fell in 2017 and about the same as that in 2014 when homes in both the Flockton/Dudley Creek area and along the Heathcote river were flooded.

“While there were a few properties that had water come into their garages, we received no reports of any properties flooding above floor level despite the prolonged heavy rain coinciding with extremely high king tides.

“Without the significant investment in upgrading our stormwater network and the new floor level requirements in the District Plan for new builds in flood-prone areas, this weather event could have had a catastrophic impact on some of our communities,’’ Cr Cotter says.

The Council’s investment in floodplain management includes $49 million on a flood mitigation scheme in the Flockton/Dudley Creek area and about $70 million on addressing flooding issues along the Ōpāwaho Heathcote River. This included the purchase of a number of properties at risk of frequent flooding.

The floodplain management work along the Heathcote has included construction of new stormwater basins that can store water at the top of the catchment in heavy rainfall events. Two of these stormwater basins are still under construction, but the basins at Curletts Wetland and Ngā Puna Wai in Wigram have been completed and were used this week.

“These two basins worked well to store water that otherwise could have caused downstream flooding and collectively held about 710,000 cubic metres of stormwater over the weekend,’’ says Head of Three Waters and Waste Helen Beaumont.

“Since the rain stopped, we’ve been slowly releasing that water into the Heathcote.

“When the other two basins are completed and become fully operational, we will have the capability to store more than 2 million cubic metres of water, which will help to protect the properties along the Heathcote against even larger rain events,’’ Ms Beaumont says.

Dredging and bank stabilisation work have also been carried out along the Ōpāwaho Heathcote.

The dredging work on the lower Heathcote started in August 2018 and was completed earlier this year. It has provided additional flow capacity in rain events, but it does not provide protection from tidal effects.

“The exceptionally high king tide we had last weekend caused most of the street flooding we saw immediately next to the river as the water levels are determined by the tide (and the low pressure weather system), not the capacity of the river,’’ Ms Beaumont says.

“However, the dredging and bank stabilisation works have restored some of the capacity lost from the river over the years due to bank movement in the earthquakes and silt building up.’’

* Pictured above, the stormwater basin at Nga Puna Wai in Wigram during this week's rain event.