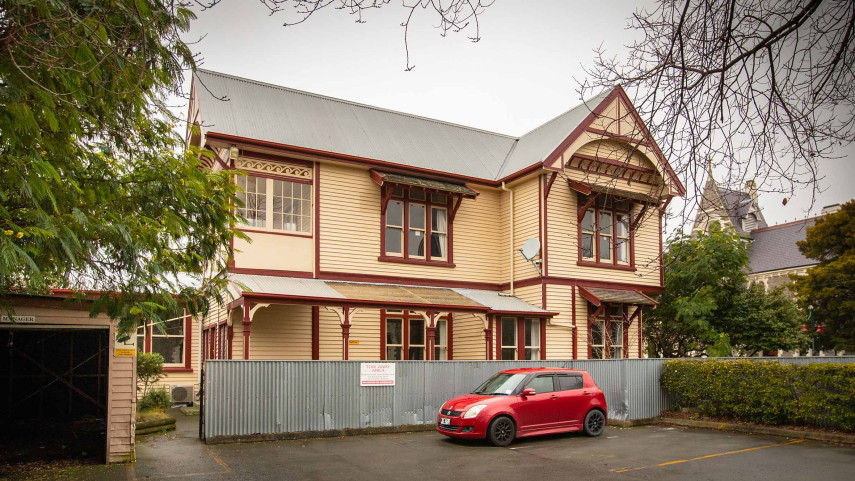 Jewellers, writers and digital artists are among the 17 local creatives about to move into new spaces at Toi Auaha.

12 studio spaces were offered to the local arts community and have been filled by a variety of arts practitioners.

“The last decade has been particularly challenging for artists here in Ōtautahi after a lot of inner city space was lost following the earthquakes,” she says.

“We have responded to this need by securing Toi Auaha, formerly Rolleston House, and we hope it will become a place, not just of individual creativity, but of meaningful collaboration.”

Toi Auaha is situated in the city’s artistic heart and the former YHA site has been transformed into a space that can house working artists in a variety of disciplines.

The house has three larger studios which will be home to range of creatives including photographers, painters and writers. Nine smaller studio spaces will house weavers, jewellers, musicians, fashion designers and printmakers.

Toi Auaha will also have a dedicated space for ringatoi Māori.

“We’re really pleased to be able to offer a space for Māori artists and for the development of Māori art forms,” says Ms Jarden.

“We’re excited to see the creative wairua that will come of it for both the residents and the public to enjoy and participate in.”

The space also has the ability to host workshops, exhibitions and performances.

“We want creativity to flourish  - and we want people to be able to participate in that, whether it be through attending a workshop, or an exhibition. The house will have times when it is open for visitors, but mainly it will be a space where the resident artists can create without barriers and in an environment that is supportive, diverse and encouraging," she says

Jay Campugan, Hōhua Kurene and Ruby Avia O’Connor are a collective of artists who are looking forward to basing themselves in Toi Auaha.

“Being in a space like this just triggers creativity in you,” says Jay.

“You start seeing ourselves in that space and seeing what’s possible. We love cross pollination – we come from different backgrounds. We know the value of diversity and the value of having different viewpoints and different people in the same space.”

Diversity is one of the pillars of the Toi Ōtautahi Arts Strategy which is helping enable creativity to flourish throughout the city.

“The whakatauākī of the Toi Ōtautahi Arts Strategy is ‘with imagination and creativity a hidden jewel can be revealed’, says Ms Jarden.

“We hope that Toi Auaha will prove itself to be one of the jewels in our creative crown here in Christchurch.”

Toi Auaha is made possible through the help and support of our strategy partners, Manatū Taonga Ministry for Culture and Heritage, Rātā Foundation and Creative NZ.

Toi Auaha will be officially opened by Mayor Phil Mauger and representatives from partner agencies and mana whenua on Friday 9 December.