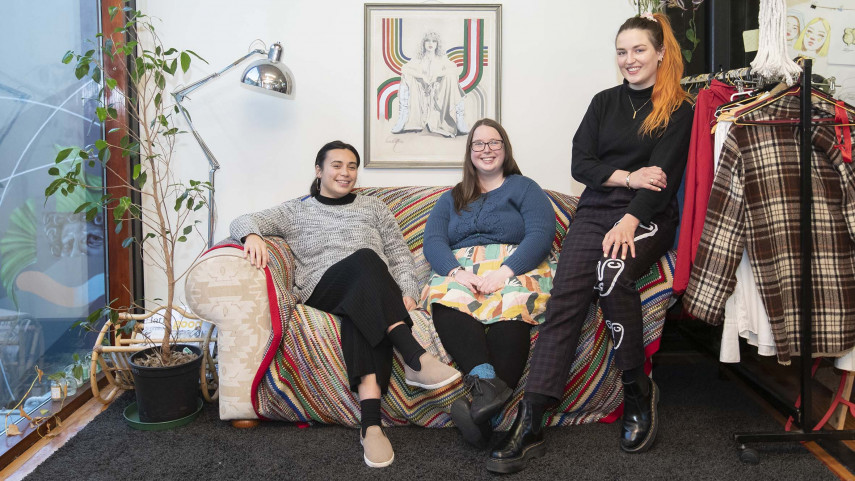 Receiving a Christchurch Civic Award last year was a big deal for the young founders of The Conscious Club.

The awards recognise the service of volunteers and others who go “above and beyond” the civic call of duty - such as social enterprise group The Conscious Club, a team of Ōtautahi-based women who run events promoting an ethical and sustainable lifestyle.

For founding member Selina Faimalo the award was special because it came from the community.

“It was quite overwhelming for all of us to get that recognition from the community - that people felt we’d made an impact and would nominate us. A big part of what we do is working for the community.”

The founding members met on social media platform Instagram where each was running their own small business. “We had similar values and talked a lot online, then realised we were all in Christchurch so we met up and decided we wanted to do something together.”

That was two years ago and since then Ms Faimalo and Helen Griffiths, Kophie Su’a Hulsbosch, Lucinda Ferguson and Pip Currie have hosted more than 30 events, including markets, festivals, workshops and concerts.

They’ve established a headquarters at the Boxed Quarter on Madras St and their latest campaign is a five-part series of events aimed at breaking down racism: last Friday’s Ōtautahi Stand the F… Up concert was a sell-out.

Ms Faimalo says the legacy of the Canterbury earthquakes is an important part of what drives The Conscious Club. “Our city was broken and so we got this opportunity to make change and create a new culture.”

Christchurch City Council Civic and International Relations manager Matt Nichols invites all city residents to consider making a Civic Award nomination for any individual or organisation “whose work, which is usually voluntary, is considered to have made a special impact on Ōtautahi Christchurch.”

He’s hopeful the city’s increasing diversity will be reflected in this year’s nominees.

Ms Faimalo encourages anyone thinking of nominating a person or organisation for an award to go ahead and do it.

“There’s a lot of people out there doing hard work for the community and that award is something money can’t buy - it’s pride.”

Nominations for the 2021 Christchurch Civic Awards are now open. Check the Council website for more details.