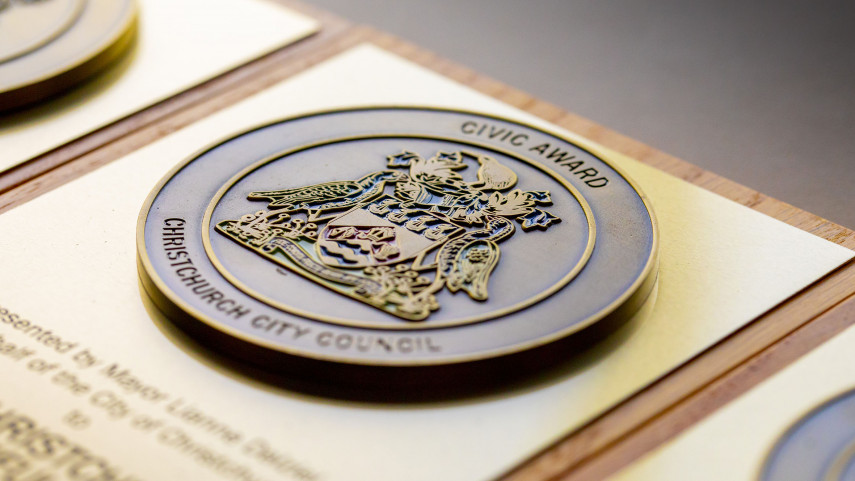 Ten groups and individuals who have gone above and beyond to make a difference in their local community are being honoured with Civic Awards.

The awards are presented annually by Christchurch City Council to recognise those who are making a positive contribution to their community.

“These awards are our way of acknowledging those who go the extra mile and generously give their time and energy to benefit others,’’ says Civic Awards Committee Chair Councillor Yani Johanson.

“The groups and individuals who are receiving awards this week have all worked tirelessly, over many years, to make a positive difference to their communities and we owe them a debt of gratitude. These Civic Awards are one way we can say thank you for all they have done,’’ Cr Johanson says.

This year’s Civic Award recipients are:

Kim Blackmore. For more than 20 years Kim Blackmore has been the musical director and conductor of Stedfast Brass. The band has brought pleasure to thousands of music lovers around the city through its concerts and performances at school fairs, rest homes, church services and many other venues. Kim Blackmore not only arranges the performances, he also gives tuition to new and less skilled band members.

Bill Cowen. A passionate footballer, Bill Cowen has spent decades working to promote the sport. He lives and breathes football and has driven the post-quake rebuild of his football club, Cashmere Technical, facilities and membership.

Jenny Gillies. For more than 20 years costume designer Jenny Gillies has helped foster Christchurch’s image as the Garden City through designing and displaying fabric floral creations both here in Christchurch and overseas.

Barry Scott. For nearly 30 years, Barry Scott has been an active member of the Halswell Lions Club, where he has helped with countless community projects. He looks after the administration of the Halswell Public Hall.  For many years Barry Scott has also assisted with Camp Quality programmes, which aim to bring fun, hope and happiness into the lives of children living with cancer.

Judi Smitheram. For the last four years Judi Smitheram has been secretary of the Christchurch Folk Music Club and President of the Canterbury Folk Music Festival. Under her leadership, the festival has developed into a national event that attracts musicians from around New Zealand and the world.

Anne Stercq. A registered psychologist with more than 30 experience, Anne Stercq has been one of the driving forces behind the development of the Seabrook McKenzie Centre for Specific Learning Disabilities.

Phil Tappenden. For the past 14 years Phil Tappenden has worked tirelessly to build a relationship between the communities of Christchurch and Songpa Gu, He is Honorary Consul for the Republic of Korea in Christchurch and has been instrumental in organising scholarships and school and cultural exchanges.

David Wilkinson. After a 30-year career in law enforcement, David Wilkinson took on the role of Canterbury Area Co-ordinator for Canterbury Neighbourhood Support in 2010. Since then he has worked tirelessly to strengthen the organisation and extend its reach, introducing new communication systems and setting up a satellite station in Riccarton.

The Civic Awards will be presented at a ceremony in the Christchurch Town Hall on Monday 16 December.