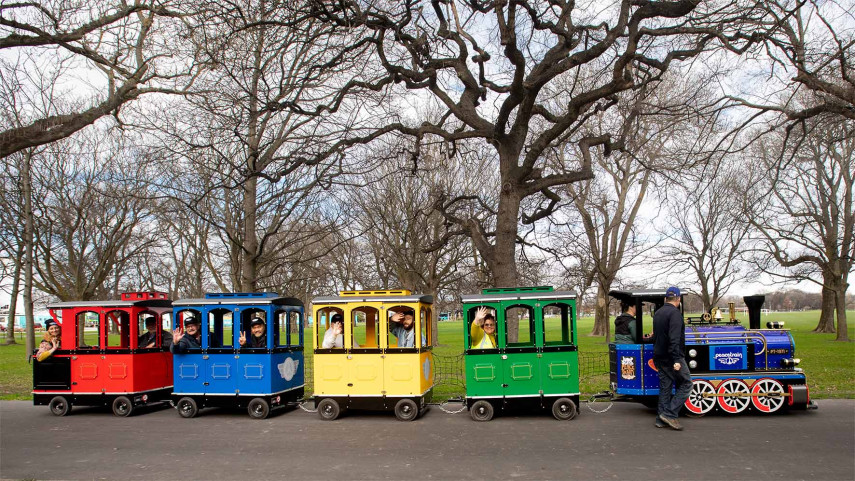 The wait is almost over for those wanting to jump upon Christchurch’s Peace Train.

The miniature train, which was gifted to Christchurch after the mosque attacks by Yusuf Islam – the musician formerly known as Cat Stevens – is going to have it first public outing this Sunday.

People will be able to take free rides around South Hagley Park on the Peace Train between 10am and 4pm.

“Yusuf Islam gifted us this Peace Train because he wanted to put a smile on young people’s faces and inspire them to dream of a better world and good things to come,’’ says Mayor Lianne Dalziel.

““I am so thankful that he has given us this symbol of peace and I cannot wait to see the train chugging around South Hagley Park, full of smiling, happy people. It will be a very special moment.’’

The starting point for the train rides will be the Hagley Park Netball Centre carpark in South Hagley Park.

The train will run on the perimeter pathway around the park, passing the Masjid al Noor.

Christchurch City Council Parks Programmes and Partnership Manager Kate Russell has assembled the team of volunteers that will run the train on the first and third Sunday of each month, apart from June, July and August. She is expecting a large crowd will turn up on Sunday wanting to ride the Peace Train.

“If the weather is good we could get a big crowd so if you are intending to come along, please be prepared for a wait to get on board. We will have some stalls in the carpark and some vendors selling food and drink.’’