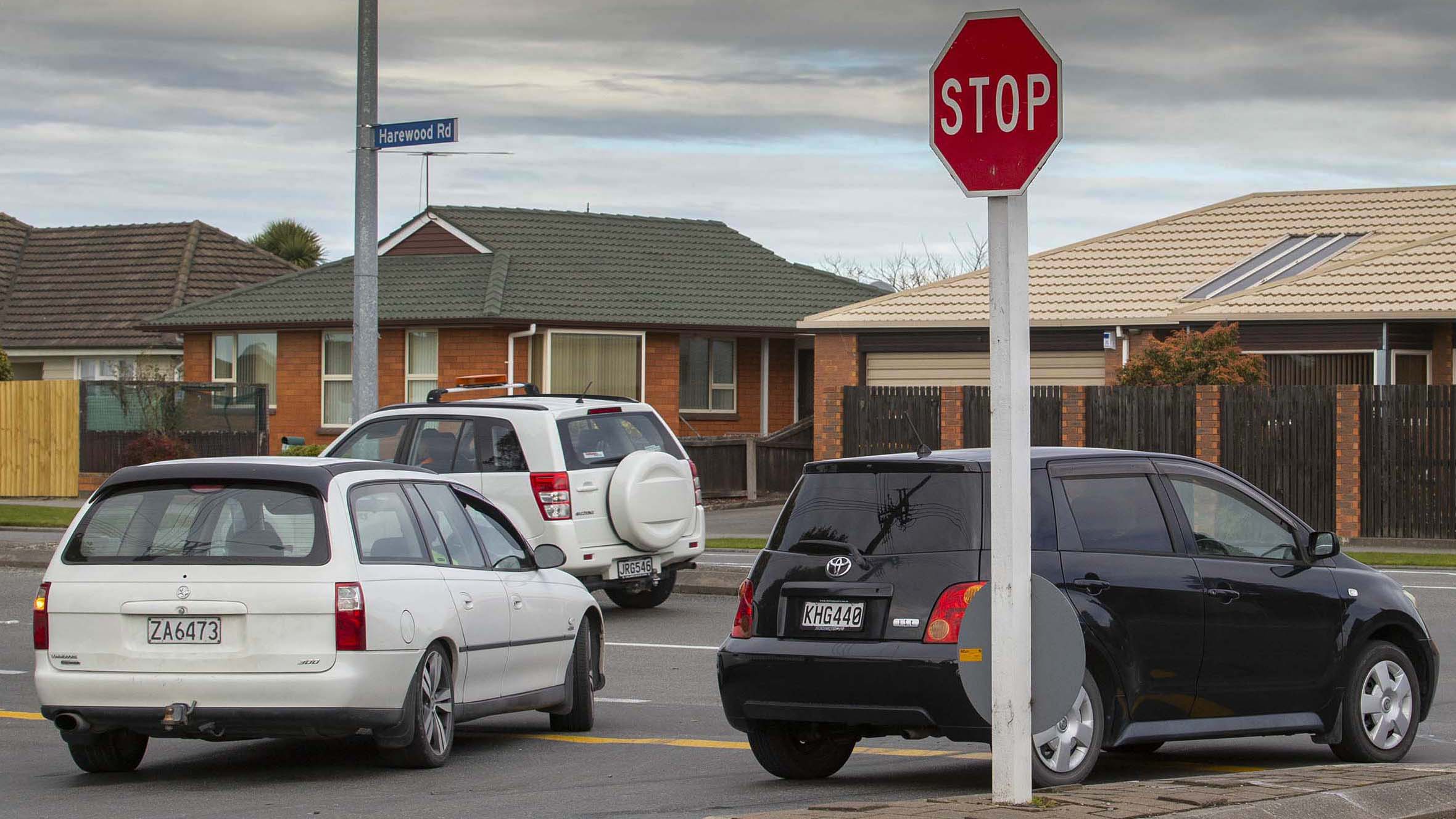 A report on options for improving safety at a busy Bishopdale intersection is advising against installing traffic lights.

That is because an independent safety review has found putting traffic lights at the intersection of Harewood/Gardiners/Breens roads is likely to increase the chance of a serious or fatal accident occurring there.

The safety review was commissioned by Christchurch City Council as part of its investigations into how to improve safety at the intersection.

At the request of elected members, Council staff put forward two options for upgrading the intersection and offered the public the chance to make submissions on which option they preferred.

More than a thousand submissions were received. The responses showed a strong preference for the traffic signal option.

However, a report prepared for the 17 August meeting of the Fendalton-Waimairi-Harewood Community Board says Council staff are not recommending that option because of the safety review findings.

Instead they are recommending the Council proceed with a modified version of the left in/left out option that was consulted on as it offers the most safety benefits.

Under the revised left in/left out option, right turns will be allowed from Harewood Road into Gardiners Road, as requested by a number of submitters. The u-turn slots on Harewood Road will also be improved to create stacking room for vehicles and to improve safety for users.

According to the findings of the independent safety review, which was conducted by Abley Transportation Consultants, the revised left in/left out options is four times safer than traffic signals.

Currently the Harewood/Gardiners/Breens intersection is an uncontrolled cross junction with stop signs on the Breens Road and Gardiners Road approaches.  Accidents at the intersection are typically non-injury or minor injury.  Often they occur as a result of a vehicle crossing from Gardiners Road being hit by vehicles on Harewood Road.

Read the report on the Harewood/Gardiners/Breens Intersection Improvements.