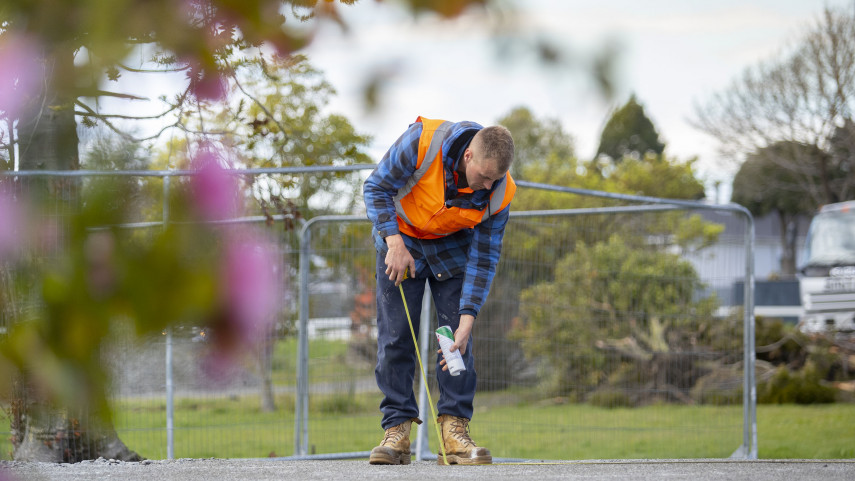 Work is under way to transform an area of the Ōtākaro Avon River Corridor into a new community picnic area.

Carrying a theme of “a picnic in the forest”, the Dallington riverside landing next to Gayhurst Road will be the first of a number of landings that will be built along the Ōtākaro Avon River.

Christchurch City Council’s Head of Parks, Andrew Rutledge, says the landing is designed to encourage people to connect with each other, the river and the Ōtākaro Avon River Corridor Regeneration Area.

“Our desire is for these landings to become much-loved areas where the community can come together and explore the surrounding areas,” Mr Rutledge says.

“It’s exciting to be at the point where physical work is starting and people can see first-hand the Regeneration Area transforming.

“Volunteers are in the process of planting a native forest on the opposite side of Gayhurst Road, and the first of the three pedestrian bridges at Avondale is progressing well.”

Once completed, the Dallington Landing will feature shelters, koru-shaped pathways, picnic areas and tables, steps down to the river, a water fountain, a bike stand, and a wheelchair-accessible toilet block.

The Dallington Landing is expected to be completed by June next year. This takes into account the planting seasons required for new vegetation.

The landing and three pedestrian bridges across the Ōtākaro Avon River are being funded by a $13.7 million grant from the Christchurch Earthquake Appeal Trust, as the first developments of the Corridor’s Green Spine. $2.3 million of the grant has been set aside for the Dallington landing.

The Green Spine forms the core of the Ōtākaro Avon River Regeneration Area. At 11km long and 345 hectares in size, the Green Spine extends along both sides of the river and will be primarily be ecologically restored to original native forest and wetlands. It will also contain nature trails, cycleways, landings and community spaces.