Construction to start on convention centre 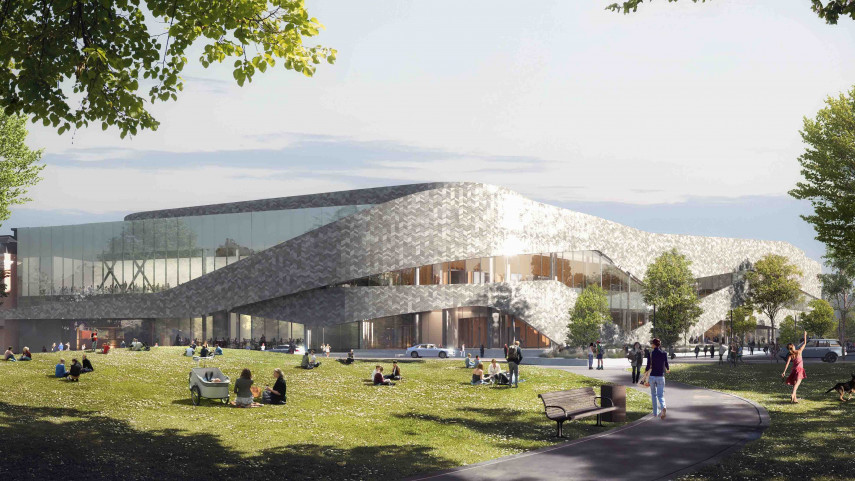 The contractor tasked with building Christchurch's new convention centre has promised to have it completed in the first quarter of 2020. Mayor Lianne Dalziel and Prime Minister Bill English at the convention centre site ahead of this afternoon's announcement.

Minister supporting Greater Christchurch Regeneration Nicky Wagner this afternoon announced the Government had awarded a $240 million contract to complete the design and construction of the Christchurch Convention Centre to CPB Contractors Ltd.

“Work on the convention centre will begin shortly with our newly-appointed main works contractor, CPB Contractors Limited. This will be a world-class boutique facility, capable of hosting international conferences as well as community meetings, balls, galas and weddings,” Ms Wagner said. “The convention centre will be a cornerstone of the revitalised central city and help bring domestic and international visitors back to the central business district.

“The direct economic benefit of the convention centre is estimated to be more than $320 million in the first eight years, and $57 million every year after that.  It’s also expected to increase private sector investment, open up business networks and opportunities, and create new jobs,” Ms Wagner said.

“CPB has committed to completing construction in the first quarter of 2020 and the Government will be closely monitoring its progress,” the Minister said.

The convention centre will feature:

Mayor Lianne Dalziel said the announcement of a main contractor for the convention centre was good news for the city.

"It provides reassurance for those who have already invested in and around Cathedral Square and will give confidence to those who have been awaiting this confirmation before making final decisions,'' the Mayor said.

“The convention centre will allow us to again participate in and host a wide range of special interest groups from around the country and the world in our city,'' Mr Johns said. "The airport will naturally be a key supporter alongside ChristchurchNZ in ensuring we make the most of this facility and the opportunities it offers.''

An artist's impression of the Convention Centre.