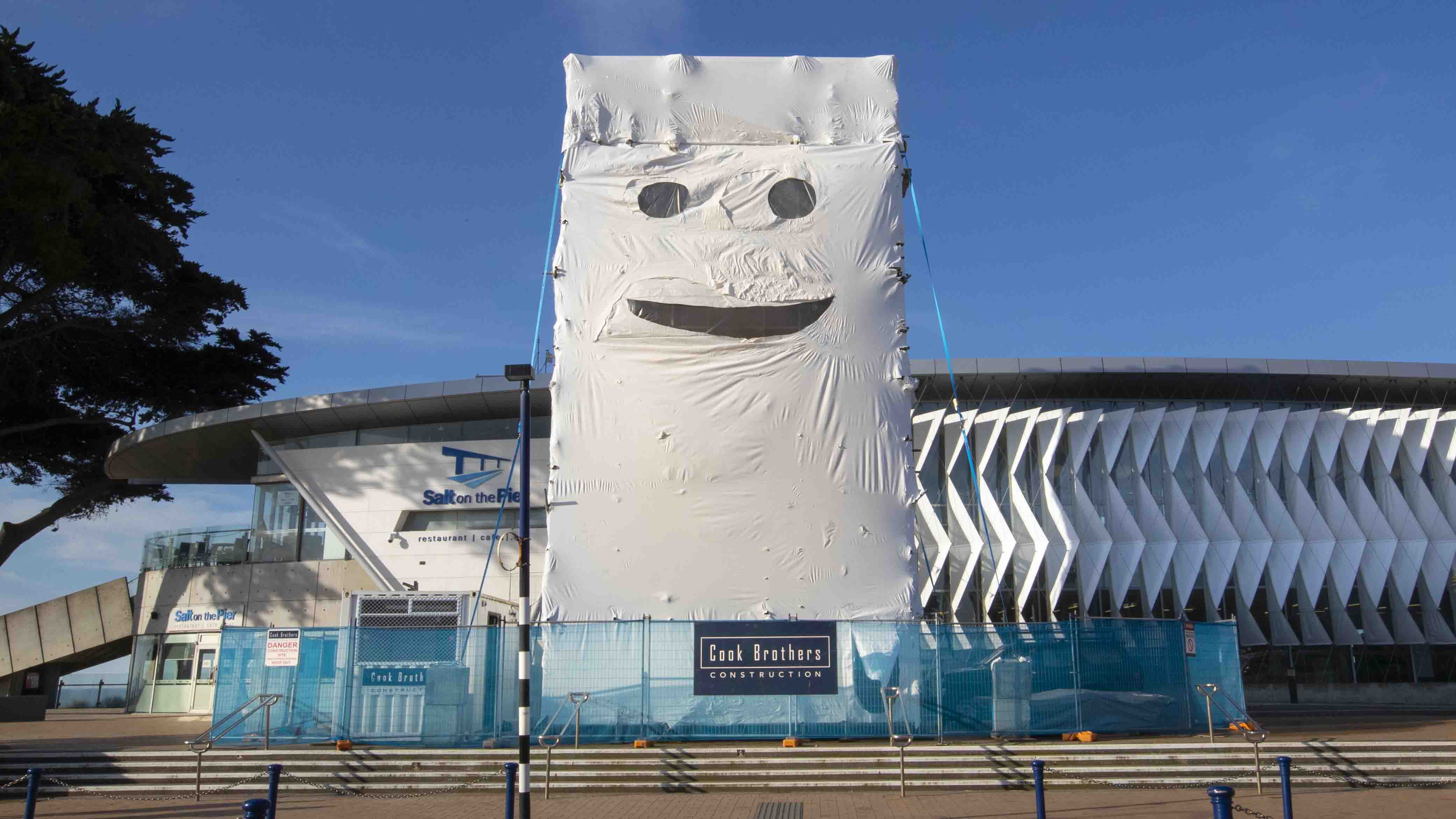 Behind the white plastic wrapping that shrouds New Brighton’s clock tower, a team of experienced contractors are working hard to turn back time.

They are returning the 1930s clock tower to its former glory, fixing the damage wrought by the Canterbury earthquakes and decades of exposure to the harsh seaside environment.

Christchurch City Council Head of Parks Andrew Rutledge says when the white plastic that is currently shielding the clock tower is finally removed, locals will be in for a surprise.

“The New Brighton clock tower will be freshly painted in its original 1930s colour scheme and back at its best,” he says.

“From the outside, you can’t see much happening at the moment, but looks can be deceiving. Since July, heritage-experienced Cook Brothers Construction Limited have been busy repairing and restoring this iconic clock tower,” Mr Rutledge says.

They are concentrating on fixing the internal spaces initially, replacing two floors in the clock tower that have significant cracks in them. They will then turn their attention to fixing the outside of the clock tower and restoring the exterior to its original condition.

The project is expected to take about six months to complete.

Cook Brothers Construction also has the job of restoring the Scarborough clock tower. That restoration job is also expected to take about six months. 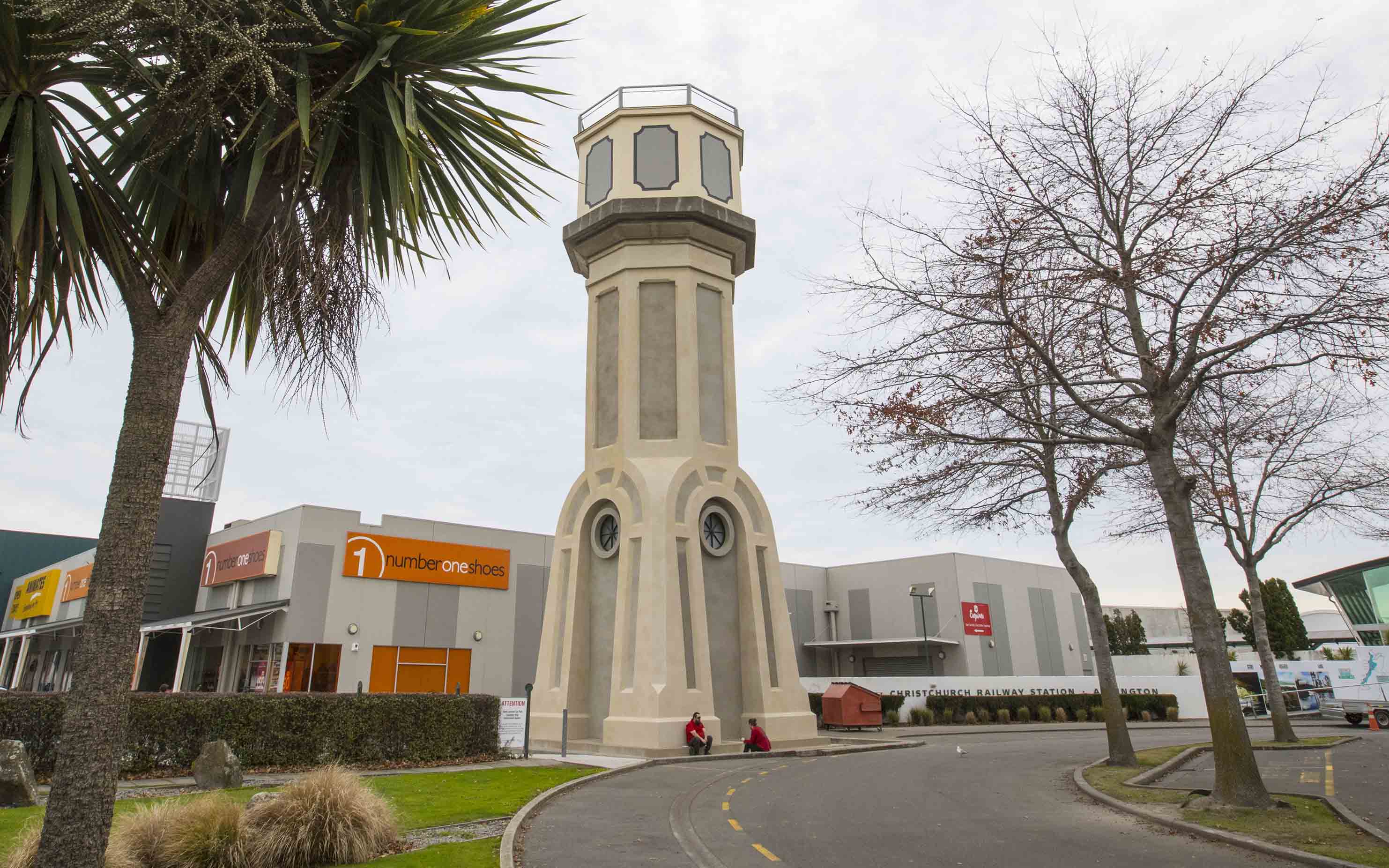 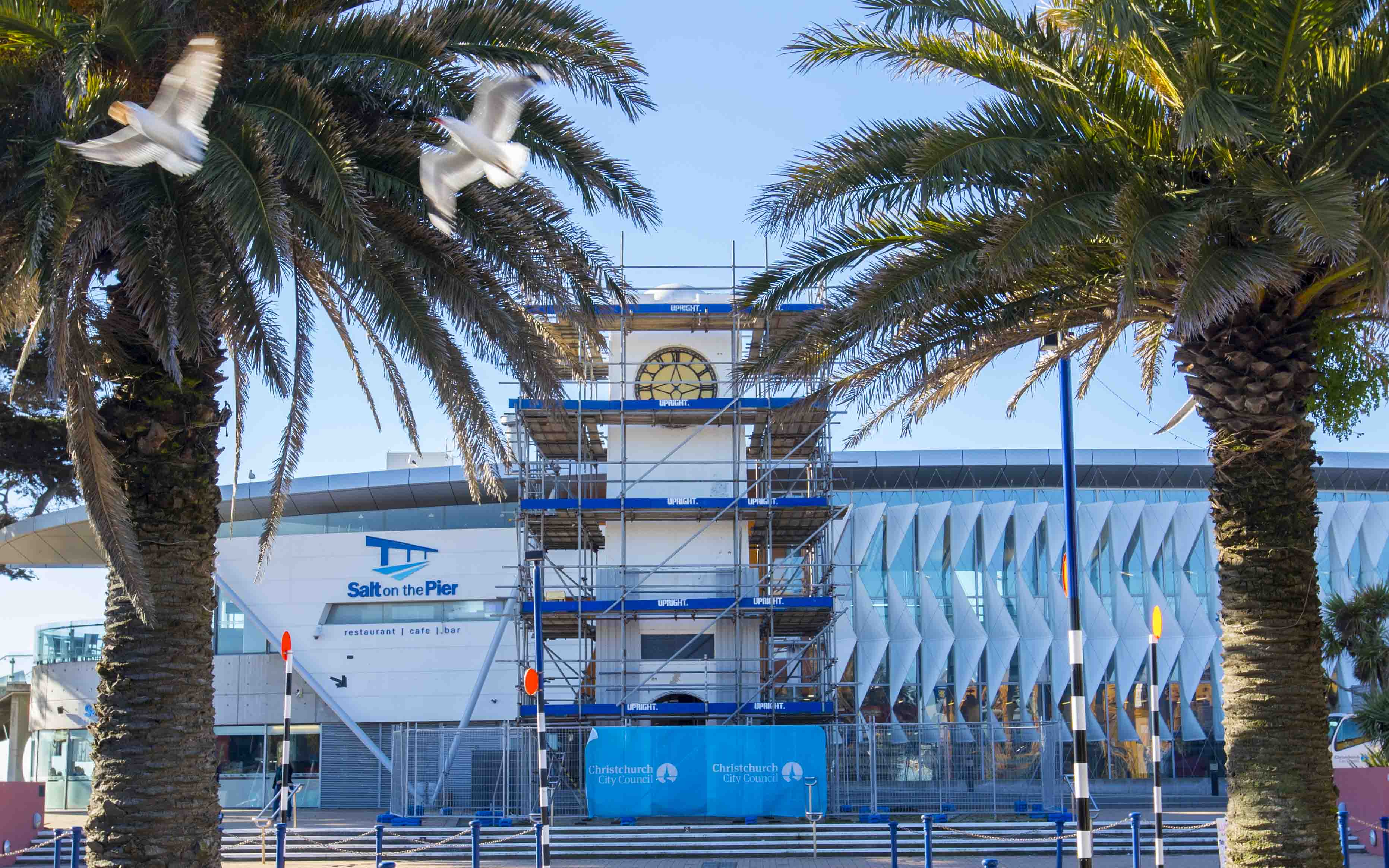