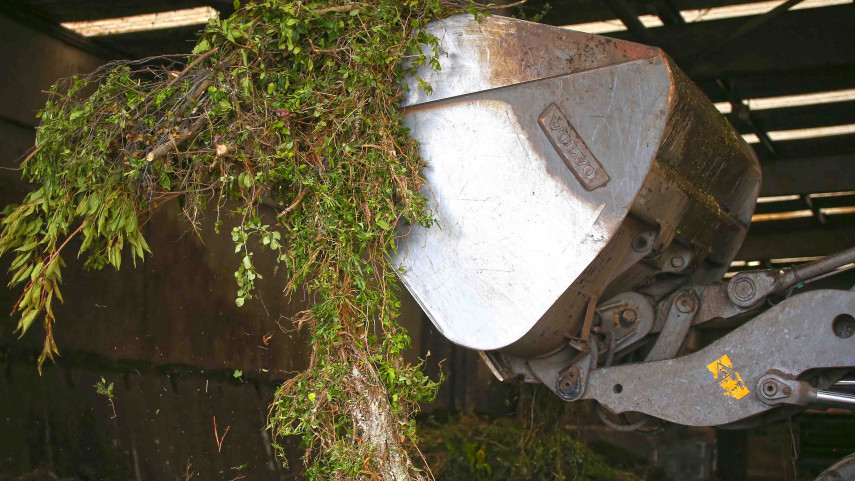 Christchurch City Council has agreed in principle that it will relocate the organics processing plant in Bromley to an alternative location.

It has today instructed Council staff to advance options for a new , as yet unidentified, site for  the organics processing, which is where the material collected in the green wheelie bins gets turned into compost.

It has also asked staff to bring back a report in a month with the full net costs to the Council and the implications of immediately closing the plant.

“The preliminary investigations that have been done shows there are feasible and viable alternatives to the current location,’’ says Deputy Mayor, Councillor Andrew Turner, who chairs the Finance and Performance Committee.

“Based on those findings, we have asked staff to advance the development of site specific options for organics processing.  The next phase of work will involve approaching the market for potential options.

“Council staff may  investigate commercial opportunities and partnerships that could help bring down the costs to Council of developing a new organics processing plant at a different location,’’ says Cr Turner.

“A number of local residents spoke at the start of the meeting about the difficulties the odours from the plant have caused them over many years. They are clearly distressed and want the plant closed.

“The organics processing plant accepts material from across Christchurch so it is important that we have a full understanding of the implications of closing the plant and the costs involved before we can make a decision on that,’’ Cr Turner says.

Last month Christchurch City Council received a petition with 316 signatures on it, calling for the organics processing plant, operated by Living Earth, to be moved. The plant has been identified as contributing to the long-standing odour issues in the Bromley area.

The Council was planning on redeveloping the plant to address the odour issues, but in September 2021 it decided to put that work on hold while it investigated options for building a new facility at another location.

Since then the Government has also announced plans to change recycling practices in New Zealand. Those changes are likely to lead to more organic material being diverted from landfills in coming years.

“We need to think ahead and work out what will be the best option long-term option for Christchurch and for the residents of Bromley,’’ says Cr Turner.

“It is the Council’s view, at this stage, that given the sensitivity of the current location, relocating the plant to an alternative site is preferred, subject to the outcome of a procurement process.

“We have asked staff to report to the new Council on a short-list of relocation options by February 2023. The new Council will then be able to make the final call on the preferred option for the organics processing plant,’’ Cr Turner says.

Until an alternative organics processing plant is operational, the Bromley plant will continue operating with the process changes that have been made over the past 18 months to reduce the odour, including removing all the maturing compost from the site.

"Independent consultants have carried out an assessment of the current operation. They found that, following the interim steps that have been taken to address odour issues from the organic processing plant, a number of potential odour sources have been eliminated. This has reduced the likelihood of offensive or objectionable odour beyond the boundary,'' Cr Turner says.