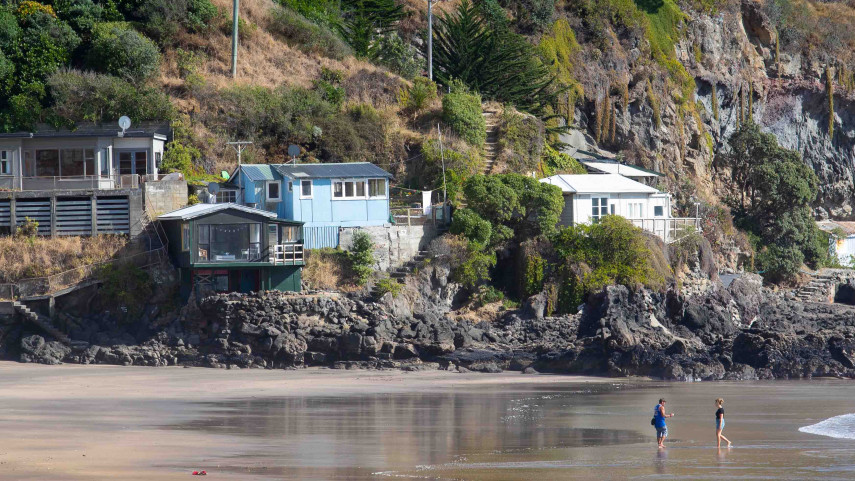 Most baches at Taylors Mistake, Hobsons Bay and Boulder Bay will be able to stay after the Christchurch City Council accepted a Hearings Panel recommendation.

Baches have existed on this stretch of coastline for more than 100 years. They are all on publicly owned legal road, which guarantees public access to the coast. Most of the baches at Taylors Mistake will be allowed to stay.

The baches were previously licenced to occupy the unformed road, but the last licences expired in 1986. Since then successive Councils have grappled with the question of what to do about the baches.

Councillor Sara Templeton, who chaired the Hearings Panel set up to consider the future of the baches, says submissions received during consultation were helpful.

“There was a real focus on the heritage and character of the baches,” she says. “We lost so many of our heritage buildings in the 2011 earthquake, and most submitters were keen for us to consider the heritage value of the baches.”

Cr Templeton says the other main theme to come through from submitters was a concern about exposure to hazards, especially slope instability.

Under the resolution passed today, owners of baches currently assessed as being at low risk of natural hazards will be offered a 35-year licence as soon as possible, with conditions to protect heritage and maintain the character of the area.

Where there is a current assessment that slope instability poses a moderate risk to a bach, the owners will be offered a two-year licence to enable them to carry out mitigation work at the site. They will be permitted to stay overnight at the bach for up to 10 nights.

Where baches are currently assessed as being at high risk from slope instability, the owners will be offered a two-year licence to enable mitigation work to be carried out, but they will not be allowed to stay at the bach overnight. There will be no fee for this licence.

Once the moderate and high-risk hazards have been mitigated the owners will be offered a 35-year licence.

The licence will not allow baches to be sold out of the current owner’s family, but will allow them to be rented out as holiday accommodation.

“This will mean that members of the public will be able to enjoy a bach experience, if they want to.”

Other conditions of the licence cover aspects such as bach maintenance responsibilities, additions and alterations, and public liability insurance. The Council will use funds raised by the licences to enhance the area.

“This decision marks the culmination of 20 months of work by Council staff and elected members,” Cr Templeton says.

“I’m pleased we’ve been able to give everyone certainty about what will happen to the baches, especially the bach owners, who have been waiting for a decision for a long time.”

Got questions about the Canterbury Multi-Use Arena?