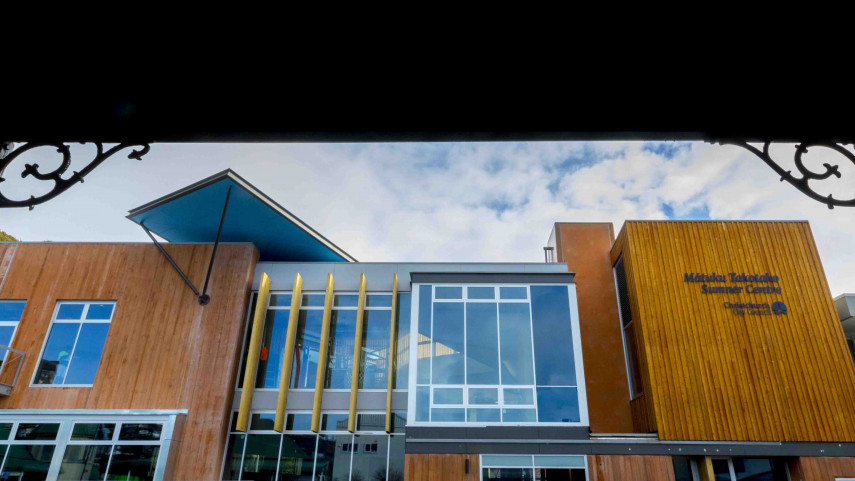 Finishing touches are being put on the Matuku Takotako: Sumner Centre in preparation for its grand opening on Saturday.

A captivating mix of the old and the new, the Matuku Takotako: Sumner Centre stands on the corner of Nayland St and Wakefield Ave.

It has been built to replace facilities lost as a result of the earthquakes and will be home to Sumner’s library, community centre and museum.

“Members of the Sumner community have played a big part in making this facility a reality and we can’t wait to welcome them through the doors,’’ says Christchurch City Council Head of Libraries and Information Carolyn Robertson.

“The design of the building is stunning and the inside spaces are light, bright and welcoming. We think people are going to love it,’’ Ms Robertson says.

Athfield Architects – the architects behind the award-winning Devonport Library in Auckland – designed the 1300 square metre centre, drawing their inspiration from the colours and materials from Sumner’s red cliffs and popular beach.

They have also managed to include in the building some of the architectural features from the demolished Sumner Community Centre and Museum. A war memorial roll, for example, that honours the Sumner men killed in World War 1 has been incorporated into one of the building’s exterior walls.

The library, which includes a community room that can be booked for use outside library hours, occupies most of the ground floor of the Matuku Takotako: Sumner Centre. There is also a shared space where community groups, including the Sumner Community Residents Hub, can operate from.

The first floor features a large hall with a stage, two community rooms, and the Sumner Museum. One of the community rooms has a moveable wall so it can be opened up to become part of the hall when needed.

The Council put $10 million into the construction of the new centre while the Sumner Redcliffs Historical Society committed $50,000 towards the cost of the space for the museum.

* The Matuku Takotako: Sumner Centre will be officially opened by Mayor Lianne Dalziel at 1.30pm on Saturday. The library will be open from 3pm.