Counting down to local body elections 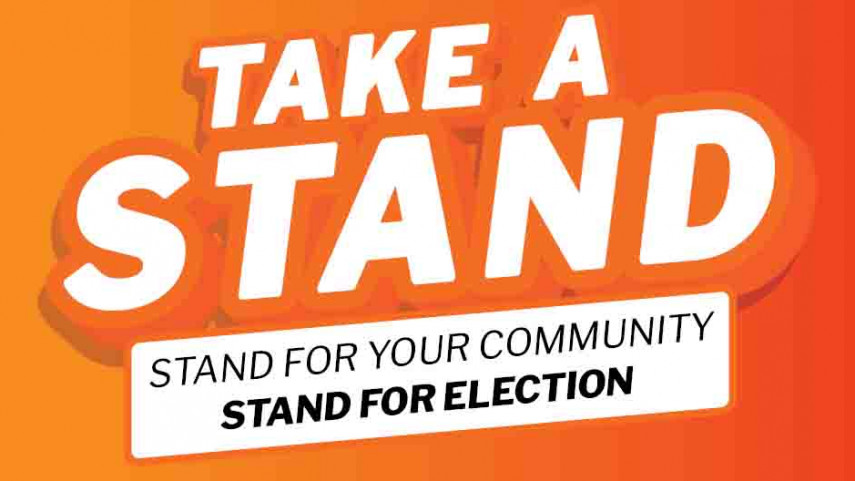 The 2022 local elections are on the way.

Christchurch City Council is encouraging community-minded residents to start thinking about putting their name in the mix to stand for Mayor, councillor or community board member, or who they’d like to represent them.

“Election day is Saturday 8 October, it’s never too early to think about what’s important to you, who you want to represent you or even about standing yourself,” says Electoral Officer Jo Daly.

“You get one chance every three years to decide who represents you and makes decisions on your behalf. Things around the Council table will change, with you or without you, so we want as many people as possible to be part of the process, as candidates and voters.”

From 16 September, enrolled voters across Christchurch and Banks Peninsula will vote to elect one mayor, 16 councillors and 37 community board members for six community boards across 16 wards, and Ms Daly is calling for members of the community to consider putting themselves forward for the roles.

The Council is holding two candidate information sessions in June, to give those considering taking the step an insight into what's involved. Ms Daly and Chief Executive Dawn Baxendale will run through the process of standing and actually serving, and answer questions.

The sessions are at the Function Room, Level 1, Te Hononga Civic Offices, 53 Hereford Street on the following dates:

Nominations open on 15 July and close at noon on 12 August.

Candidates must be a New Zealand citizen and enrolled on the electoral roll. They don’t need to live in the area they represent but do need to be nominated by two people enrolled in the area.

You need to be on the electoral roll to vote. Keep an eye on your mailbox for Electoral Commission packs to check your enrolment details, or visit vote.nz to check if you’re already enrolled.

“Last year, the Council undertook a Representation Review as it’s required to do every six years, so some voters may find themselves voting in a different ward than they’re used to,” Ms Daly says.

For the 2022 election, there have been changes to ward boundaries, and the number of community boards will be reduced from seven to six. These six community boards cover three wards with members elected from each ward, with the exception of the Banks Peninsula ward, which has its own community board with four subdivisons.

For more information about standing, enrolling and voting, visit ccc.govt.nz/elections