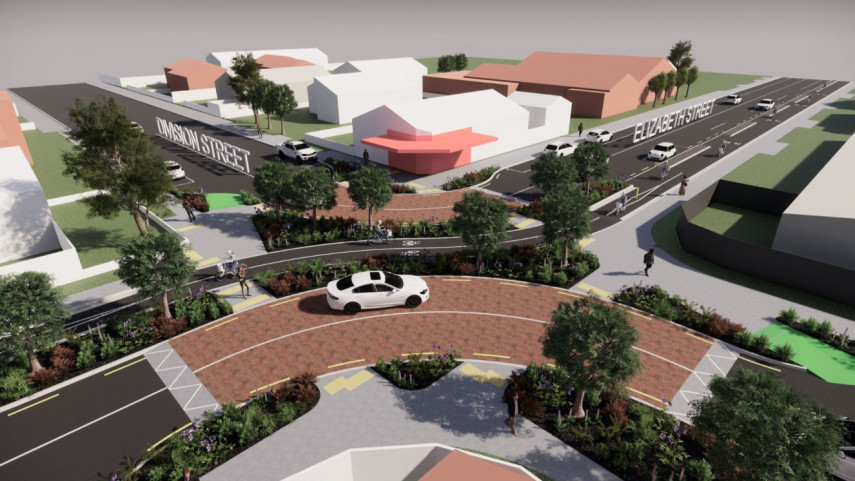 Elizabeth Street in Riccarton will undergo major changes in the coming months as work progresses on the city end of the new South Express cycleway.

The South Express is part of the network of major cycleways that Christchurch City Council is building to provide people with an easier, safer way to get around the city by bike.

The 15km route will run from Templeton, on the western edge of Christchurch, through the suburbs of Hornby, Sockburn and Middleton, where it will connect to the Nor’west Arc cycleway, which is currently under construction.

It will then go through Riccarton, where it will link into the soon-to-be-constructed Northern Line cycleway and the shared paths in South Hagley Park.

Fulton Hogan are building the first stage of South Express cycleway for the Council and have begun work on building the section that runs along Suva Street and Ballantyne Avenue in Upper Riccarton.

Shortly they will begin work on the section that runs along Elizabeth Street between Wainui Street and Deans Avenue.

That work will involve some major changes to the way that Elizabeth Street functions.

Council Transport Planning and Delivery Manager Lynette Ellis says the layout changes on Elizabeth Street should make the road safer and quieter for residents as they will result in less through traffic.

“While the cycleway is being built, we are taking the opportunity to complete some stormwater upgrades and to do some kerb and channel renewal work.  We will also be putting in new street lighting and traffic lights at the intersection of Matipo and Elizabeth streets.

“During construction there will be some restrictions on parking in the area and some detours in place. If you are driving through that area please be on the look-out for changes to traffic management and follow the signs,’’ Ms Ellis says.