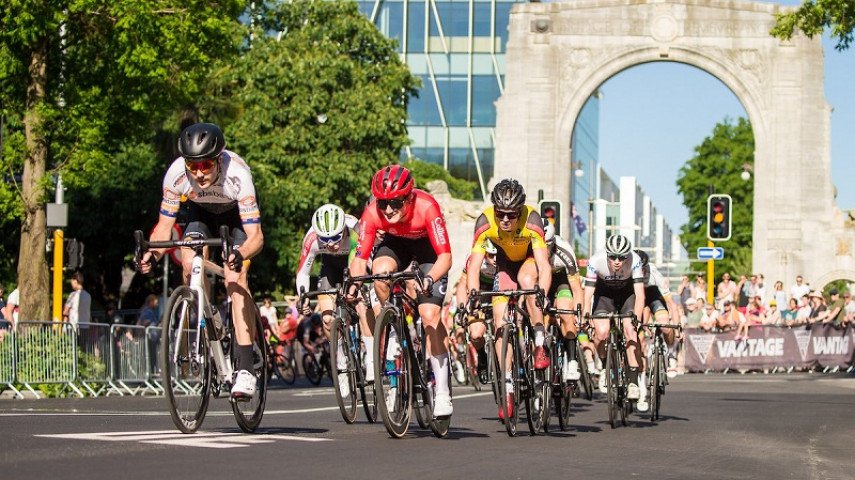 Spectators can pump up support for New Zealand’s top cyclists as they vie for street honours in the Vantage Criterium National Championships in Christchurch on Sunday, 15 November.

The street circuit around the inner city sets the scene for plenty of thrills – and maybe some spills – with the best riders tipped to set a hot pace in the premier event.

This year, cyclists will gear up for a non-championship clash from , followed by the age-group national title contests before culminating in the pinnacle races for the elite riders at about 4.50pm (women) and 5.35pm (men).

With several streets closed, spectators need to head to the central city early.

Christchurch City Council Head of Recreation, Sports and Events Nigel Cox is encouraging supporters to “grab a coffee or enjoy a leisurely lunch and wander around the central city retail precinct before taking up a prime spot along the championships route”.

“We are so fortunate to have an opportunity to see the country's best riders power along Cashel Street, Montreal Street, Gloucester Street and Cambridge Terrace at high speed, with an amazing backdrop that include the Avon River and the Art Gallery,” he says.

“We know Cantabrians will be out in force to show their support, so we are urging everyone to arrive early and make the most of a special day in our central city.

“If you’re travelling through the city on race day, several roads will be closed from 10am until 9pm to ensure safety and relieve congestion.”

People can still access Christchurch Hospital from all directions, and the Christchurch Art Gallery will remain open to visitors, with some special exhibitions to suit all ages.

Plenty of both on and off-street parking is available for race spectators, with maps detailing the best car-park entrance points. However, the Council will close both the West End and Art Gallery car parks as they are within the race route.

People can also opt to cycle or take a bus into the city. 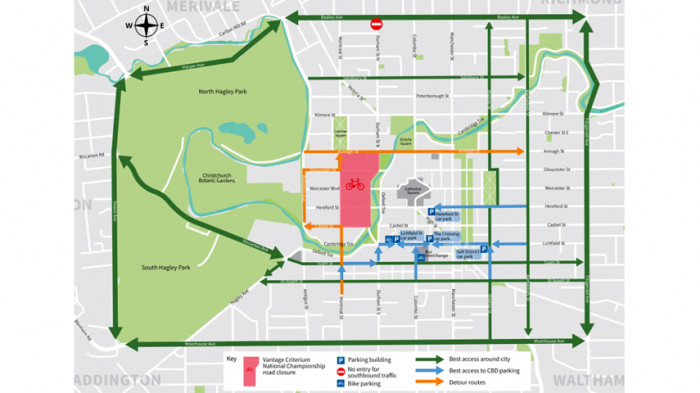 Road closures for the Vantage Criterium National Championships through the city centre on Sunday afternoon.