Deputy Mayor stepping down at a natural turning point 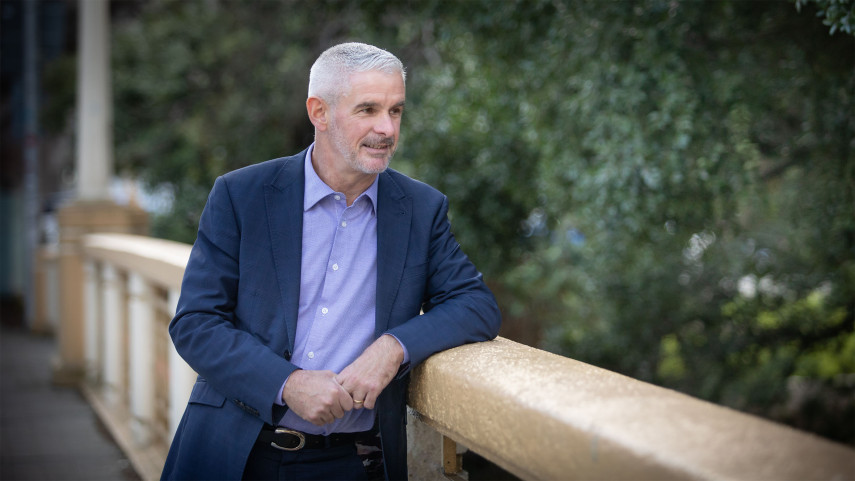 After 12 years in local body politics, including six as Deputy Mayor, Councillor Andrew Turner is bowing out and looking forward to a life with greater freedom and flexibility.

Cr Turner entered office shortly after the September 2010 earthquake as a member of the Lyttelton Mt Herbert Community Board. He served three years on the board before being elected Councillor for the Banks Peninsula ward in 2013.

In 2016 he stood unopposed and was appointed Deputy Mayor that same year, a role he’s continued to hold following re-election in 2019.

“One of the things I’ve enjoyed about being Deputy Mayor is the breadth and huge variety of work. There is a large amount of responsibility on the one hand, but also the opportunity to get out and see everything that happens in all the different corners of our city.”

Cr Turner, who has lived in Lyttelton since 2003, owned and operated several local businesses before entering politics. He is now looking forward to stepping back from the limelight and taking on a variety of governance and management roles.

Economic development has been a particular focus during his time with the council. He is particularly proud of the financial strategy that was put together “in very difficult circumstances” in 2013, when the incoming council faced a large budget deficit, commitments to anchor projects, and no certainty regarding settlement of its insurance.

“We avoided the massive rates increases that we could have needed to put in place; we avoided the sale of revenue producing assets, and in fact used those assets to leverage a debt position which, whilst large, has been sustainable. The way we have managed the Council’s finances in the particularly challenging period since the earthquakes is an achievement I’m very proud of.”

The earthquakes have coloured much of Cr Turner’s years of public service; with them came the opportunity to help make decisions that will have a lasting legacy for the city for generations.

“The decision to repair the Town Hall is one of those I’m very proud of. Another massive legacy is the governance arrangements for the former residential red zone. It’s been exciting to be involved in some of the decisions that have really set the city on the right path for the future.''

Along with the role of Deputy Mayor, Cr Turner has chaired the Finance and Performance Committee and the Communities, Housing and Economic Development Committee and has served on the board of Christchurch City Holdings Ltd, ChristchurchNZ and a number of other entities.

“I always said that I would finish while I was still enjoying the role and while I felt I was still effective,” Cr Turner reflects. “The life of the city runs in cycles and I’d like to think we have some clear water in front of us now, it feels as though we’re at a natural turning point.

“For me personally it’s time to move on and do some new things. It’s time for us to encourage a new generation of leadership and I’m particularly pleased to see what I consider to be some excellent and highly motivated young people standing for election.”