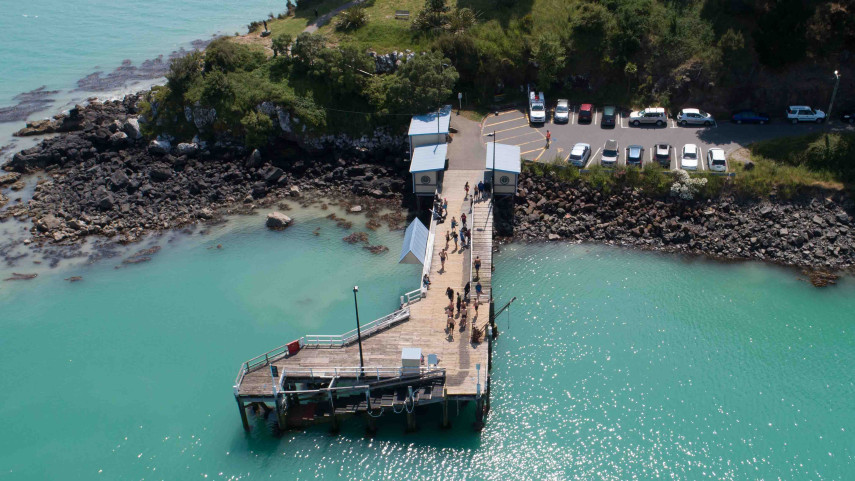 Preparations are under way for the start of work on a $3 million upgrade of the Diamond Harbour Wharf.

Contractors are due to begin working on the wharf on 1 September.

The wharf, which is used for the regular Black Cat ferry service from Lyttelton, is being upgraded to improve its life span and to address accessibility issues.

“People in wheelchairs can’t get onto the ferry from the wharf and it is also difficult for those with bikes or pushchairs. The steps are often under water or slippery, which makes getting on and off the ferry tricky, particularly when conditions are a bit rough,’’ says Council Head of Parks Andrew Rutledge.

“To improve access and safety we are going to put a floating pontoon on the south side of the wharf where there is more protection from the wind and the waves. We are also going to upgrade the existing decking, handrails and seating on the main wharf.’’

The decommissioned Derrick crane that currently sits on the wharf is going to be retained, but it will be relocated to the other side of the wharf.

Mr Rutledge says the entire project will take about eight months and the contractor, Hunter Civil, will stage the work so that the wharf can remain open. However, access will be limited and there may be temporary changes, at times, to the way that people get onto the wharf. These changes will be clearly signposted.

The first stage of the work will involve driving piles into the seabed for the new pontoon to connect to. Once the piles are in place and the pontoon connected, Hunter Civil will start the maintenance and repair work on the wharf itself.

“During this time the pontoon will be connected to the piles attached to the wharf by a gangway. We are working closely with Environment Canterbury and Black Cat to ensure there is minimal disruption to commuters during this time,’’ Mr Rutledge says.

Mr Rutledge says over the summer people will still be able to swim in Diamond Harbour and access their moorings but they will need to be mindful of the construction activity on and around the wharf.

“We realise this work will cause some disruption but the Diamond Harbour wharf is used by many people and its needs upgrading. We want the wharf to be safe, accessible and a more pleasant space,’’ Mr Rutledge says.

“We are hoping to have the work completed in about six months but as with all construction projects involving old structures, you never know exactly what you are going to encounter until you start doing the physical work. There is also a possibility that we may encounter some supply chain issues. If there are delays that impact the delivery of the project or the operation of the ferry, we will let people know.’’

Find out more about the Diamond Harbour Wharf upgrade.