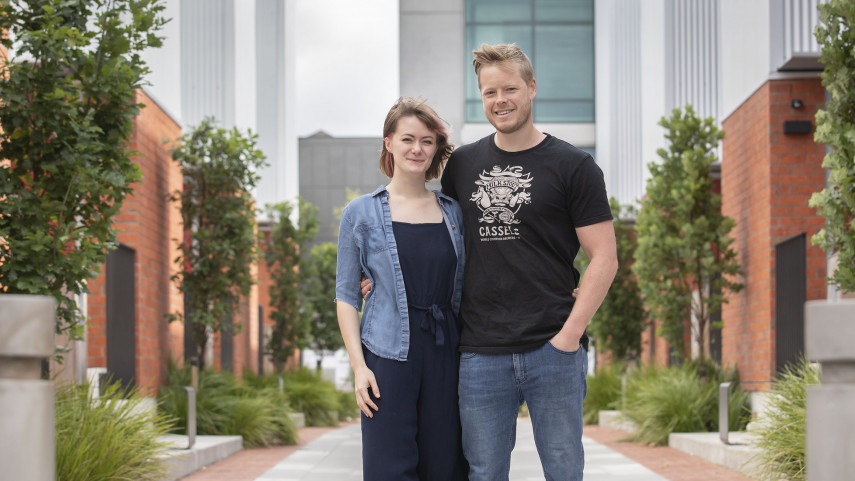 Pamela Cheney has always thought about living close to the central city.

But it wasn’t until July when she managed to convince her partner Brad Richardson to make the move.

They have also helped boost the population of the central city to around 8080 which is higher than pre-earthquake levels.

“We looked at homes all over Christchurch. Mainly New Brighton, Parklands, Linwood, Edgeware and the Central City. It was quite a competitive market and auctions made it really difficult to find an affordable home,” Pamela says.

“But when we saw our place we were both excited and saw the potential.”

Having the gym just around the corner, the amazing food options and being able to get home easily are some of her highlights.

“We love going for walks and seeing what’s going on around town, as well as all the greenspace nearby. We really hope that stays,” Pamela says.

And while there is more bustle and activity going on than you would expect in the suburbs, she would absolutely recommend Central City living.

“It’s kind of to be expected when you’re living so close to everything.”

In the last 12 months there were 269 homes completed within the four avenues, which has contributed to an estimated 12 per cent increase in population within the same period.

“Everyday, things are improving for residents. We’ve developed small pocket parks, like Te Ara o Rongo Reserve between Gloucester and Worcester Streets, with a chess board and picnic tables.”

In 2020, we saw the largest number of new home completions in the Central City for a decade and 2021 is looking promising to deliver similar strong growth.

More than 145 homes are currently being constructed and a further 320 have had consents issued, with work due to start shortly.