News in brief from the 24 September Council meeting 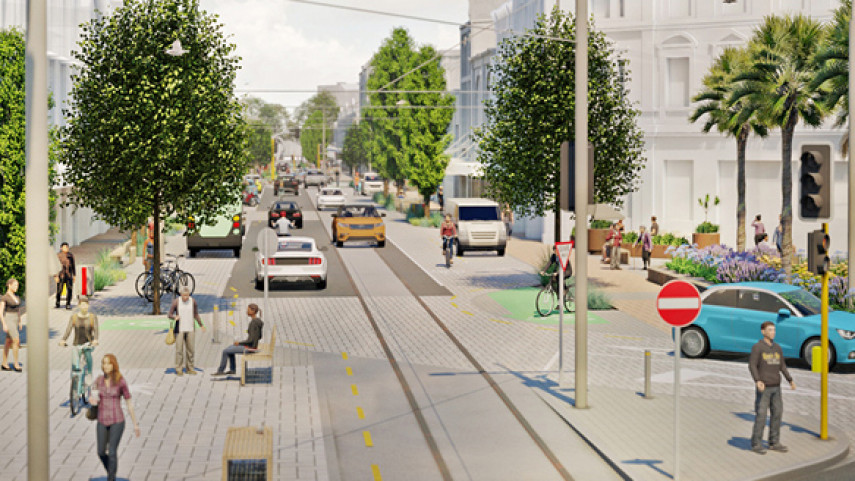 An upgrade of High Street and improvements to the roading network in St Albans, Mairehau and Edgeware have been approved by Christchurch City Council.

Christchurch’s tram route is going to be extended and High Street upgraded between Cashel and Tuam streets.

The Council has today approved plans for revitalising High Street to address the damage caused by the earthquakes and to make the road more attractive and people-friendly.

It has also agreed to extend the route the trams operate on along Lichfield Street, down Poplar Street and back up High Street.

Detailed design work and some property purchases need to be completed before work on the High Street upgrade can begin.  Council staff will let stakeholders know when construction dates have been finalised.

The Council has given approval for work to begin on a number of transport projects in the St Albans, Edgeware and Mairehau areas.

The projects, which should help mitigate the impacts of the extra traffic that is likely to travel through those areas when the Christchurch Northern Corridor (CNC) opens in the middle of next year, include:

Councillors held off deciding on clearways along Cranford Street at this stage as they want to consider how they will fit in with work being done on traffic demand management measures.

Staff will engage further with communities affected by the proposed turning restrictions at Knowles Street, Weston and McFaddens Road in the next few months as well as talking to local residents about traffic calming options on streets where this has been approved.

Construction will start on these projects early next year.