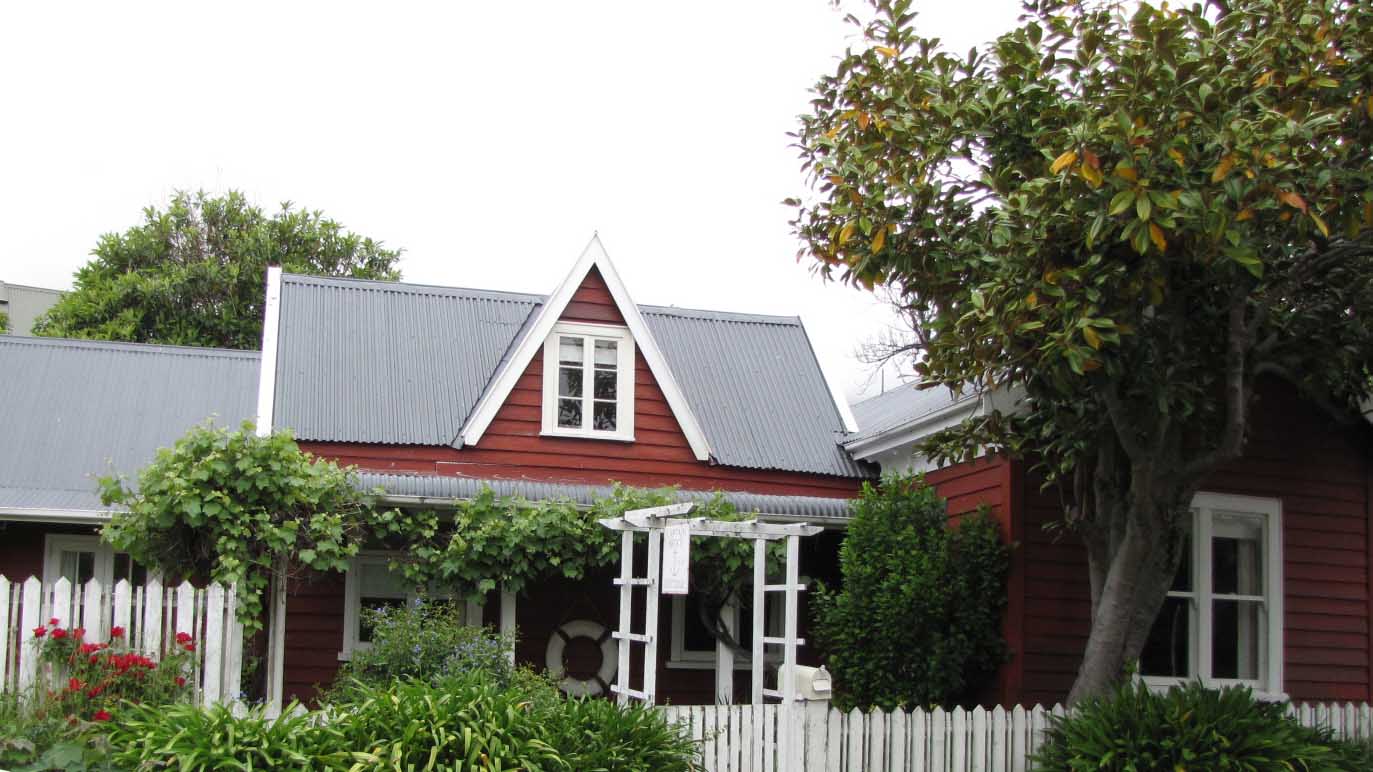 A heritage grant will see one of the oldest cottages in Akaroa, built by one of the town’s first European settlers, given a fresh coat of paint.

The early colonial cottage is one of two built by colourful local resident Captain James Bruce for his widowed brother-in-law and his nieces when they arrived from Scotland in 1855.

It is scheduled as ‘Significant’ in the Christchurch District Plan and listed as a Category 2 place with Heritage New Zealand Pouhere Taonga.

The house was extended in the early 20th century and another small addition was added in the late 20th century, but its original form is still easily recognisable and can be clearly seen from the street.

The current owner wants to repaint the timber-framed, weatherboard cottage to keep it in good condition. The grant is half of the cost estimate for the work.

Committee Chair Sara Templeton says the cottage has social, historical and architectural significance and is a key part of the streetscape in the area.

“It’s a familiar Akaroa landmark and adds to the character and colour of the town. It's good to be able to support its retention and maintenance in this way.”

Bruce, who was born in Dundee, Scotland was a whaler who captained a cutter called The Brothers that sank off the Akaroa Heads in 1842.

He established Bruce's Hotel in Akaroa after he retired from the sea, becoming well-known as an inn-keeper and trader catering to the sealers and whalers who visited the area.