Turf is in the blood for new recruit 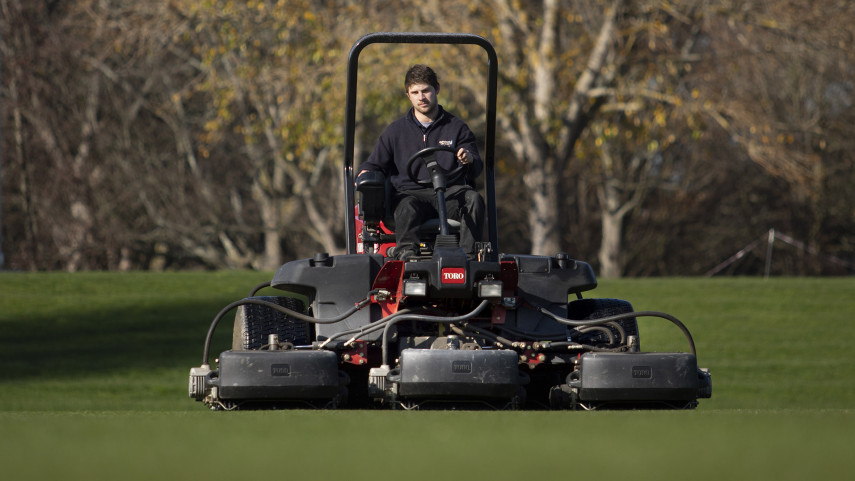 Twenty one year old Lachie Stove is stoked to be starting his new role as a Sports Turf Operator at Hagley Park this month.

The latest addition to the Hagley Park Sports Turf team has been a trainee with them for the past year and a half and is now halfway through his apprenticeship.

A passionate cricketer who currently plays for Oxford-Rangiora, he says being offered a permanent role was “bloody good,” as he wasn’t sure what would happen at the end of his fixed term.

Working under the supervision of Sports Turf Team Leader Ash Head and Hagley Park Manager Rupert Bool, Lachie’s been getting stuck into a wide range of tasks at Nga Puna Wai and Hagley Park – all while studying towards his National Certificate in Horticultural Services.

“I’m still learning and the guys I’m working with are really knowledgeable people, they’ve taught me so much.”

He says the job is varied and often involves working with machinery including mowers and sprayers, line markers, seed drills and fertiliser spreaders.

“I’ve been working on maintenance of grounds around the city, recently looking after the league fields at Nga Puna Wai, doing fertilising, cutting and renovation. Now I’m moving onto Hagley Park.

“The best thing about being a Sports Turf Operator is the diversity - you’re never doing the same thing every day. And being outdoors is great, especially in the summer.”

The former St Thomas of Canterbury College student started playing cricket around the age of 12 and upon finishing school spent two seasons in the United Kingdom playing with Chipperfield Clarendon Cricket Club and Matfen Cricket Club.

It was there that he had an offer to do green-keeping work – something that was in the blood.

“My father did turf work on golf courses and I was offered the opportunity to work on a course for a few hours a week while I was playing cricket with Matfen. Then I saw this position come up when I came back from the UK in 2019 and applied.”

“He showed passion, skillset, tenacity, and the ability to progress quickly. We’re pleased to have the opportunity to keep Lachie within the Council’s Parks Unit and to watch him further develop his skills as he continues his studies and grows his career within the sports turf industry. “

There’s an exciting summer of cricket ahead with Plunket Shield and Blackcaps Internationals keeping Lachie and the Hagley Park Sports Turf Team busy.