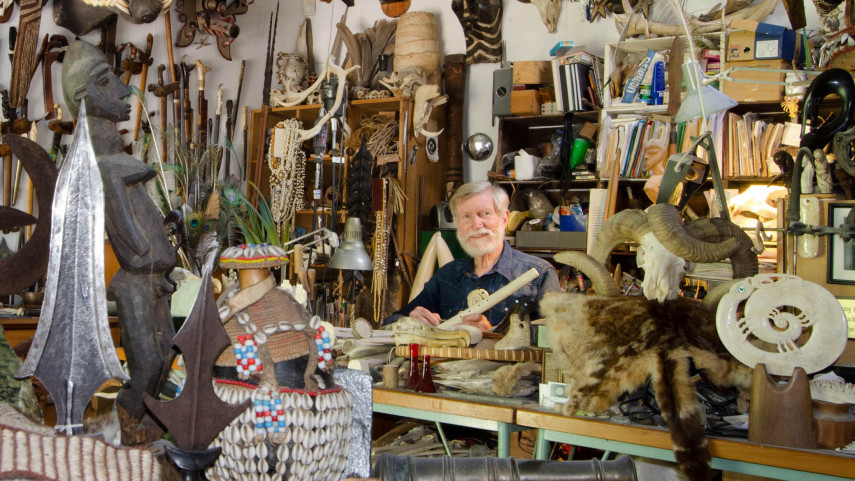 Owen Mapp: Dragons and Taniwha – 50 Years an Artist Carver captures the intricate pieces of jewellery, sculptures, hei tiki and mere inspired by Māori taonga and culture, along with the influence of Scandinavian and European carved objects.

The exhibition, which opens on Friday, also marks Mapp’s return to the museum.

As a teenager, Mapp worked in the museum storerooms alongside archaeologists who took him to digs at some of the earliest sites of human settlement in the South Island.

He says his interest in Māori art stems, in part, from those days.

“My work at the museum was the first time I’d handled carved bone and jade, and it, obviously, made quite an impression on me,” Mapp says.

“I’m quite chuffed that it’s all coming home, in a way.”

Mapp’s long dedication to bone carving has been integral to the revival of the art form, with his work highly prized today.

More than 180 pieces – spanning Mapp’s career – are on display until 22 November.