Drivers urged to stay out of city bus lanes 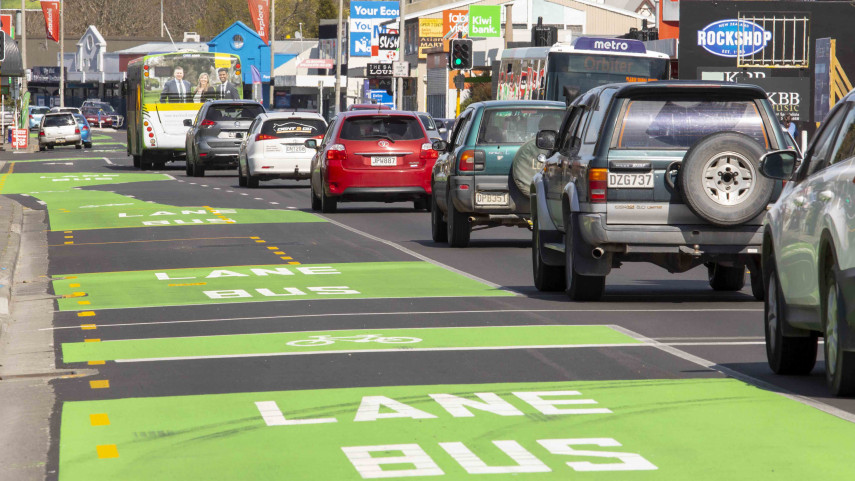 People trying to avoid traffic by driving in a bus lane are jeopardizing efforts to improve the reliability of public transport in Christchurch and putting themselves at risk of a $150 fine.

“Bus lanes are designed to give people who travel by buses priority on the transport network at busy times of the day,’’ says Christchurch City Council Transport Operations Manager Steffan Thomas.

“When a motorist chooses to drive in a bus lane, they are potentially stopping buses from having a clear route of travel and adding to the journey time of all those on board. Please respect the rules and stay out of the bus lanes when they are in operation,’’ Mr Thomas says.

People on bikes are permitted to ride  in bus lanes.

Christchurch currently has 16 bus lanes, the newest of which is on Main North Road, immediately outside the Northlands Shopping Centre. Further bus lanes are planned, including on busy Lincoln Road.

“We are going to start enforcing the new bus lane on Main North Road in January so now is a good time to remind people that the only reason they should be driving in a bus lane is if they are making a turn. Even then, you can only drive in the lane for less than 50 metres – that’s the length of an Olympic-sized swimming pool or half a rugby field,’’ Mr Thomas says.

The bulk of those infringement notices related to vehicles driving in the Riccarton Road bus lanes, which are operational 24 hours a day, seven days a week.

“Riccarton Road is currently the only spot where we have a permanent enforcement camera installed to monitor the use of the bus lanes, which is why there is a disproportionately high number of tickets issued there. Other bus lanes are enforced by parking compliance officers,’’ Mr Thomas says.

“A second camera is going to be installed on Riccarton Road and there will be one installed on Main North Road as well so we are stepping up enforcement of the bus lane rules.

“Our enforcement activity is not about revenue gathering; it’s about ensuring the transport network is operating as it is designed to. I would be thrilled if we weren’t giving out any fines because that would mean that nobody is misusing the bus lanes,’’ Mr Thomas says.