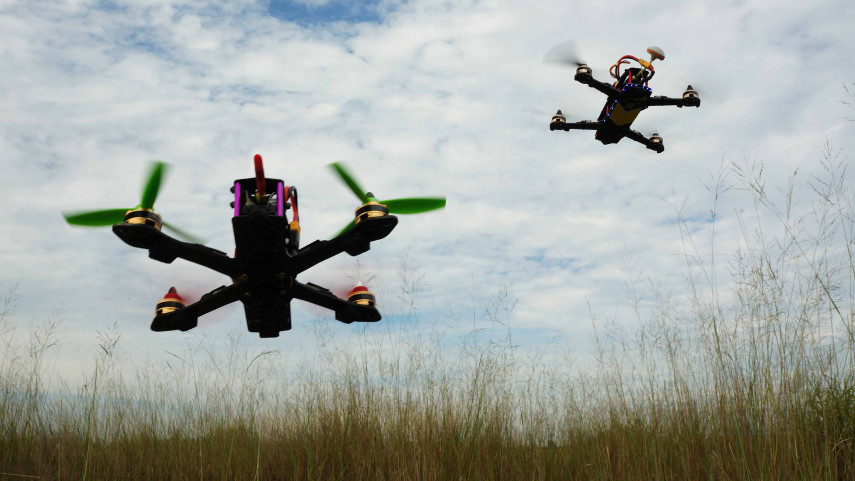 Drones are being raced at speeds of up to 160 kilometres an hour on a purpose-built racing course in Christchurch’s former red zone.

The course has been created by the club, Red Zone Drone Racing Inc, on Crown-owned land in Burwood that it leases from Land Information New Zealand (LINZ). 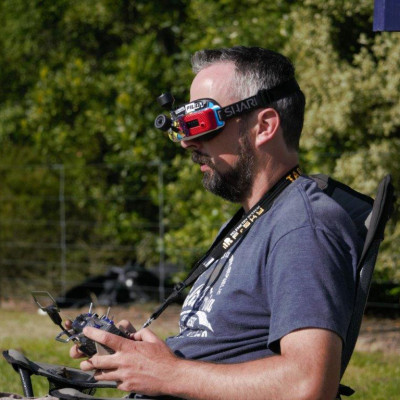 Drone racing is taking off in the red zone.

The drone racing track is one of more than 2800 transitional land uses that LINZ has facilitated in the former red zone since 2016.

Racers have to steer custom-built racing drones through a series of gates and poles on the course, with the help of data that is fed from a small camera on the drone to the goggles they wear.

“They’re pretty quick – they have a top speed of 160kmh when going in a straight line and you’re still pushing 100kmh around corners,’’ says club president Nathan van Slooten.

“Crashes are a part of it. If you’re not crashing, you’re not pushing yourself hard enough. Of course, you’re not intending to crash but you’re always pushing to go faster and faster. It’s a good thing that most of us build our own because that makes it easier to sort them out,’’ Mr van Slooten says.

Club members meet regularly at the site to practice and every few months an event is held to encourage more people to try the sport.

Last year, the club became the first in New Zealand to trial night racing, where LED lights are attached to the gates allowing the drones to fly after dark.

This Saturday, 6 February, the club is holding a beginners open day to give newcomers to drone racing an opportunity to watch the action and to have a go on a drone simulator.

The open day, at 5 Rebecca Avenue, next to Donnell Sports Park starts at 10am. Club members will be on hand to help and answer questions.

“The track is ideal for having a go at getting drones through gates – and we’ll give you tips on how to get faster and be more precise,’’ Mr van Slooten says.