Evenings best time for beach walks with your dog 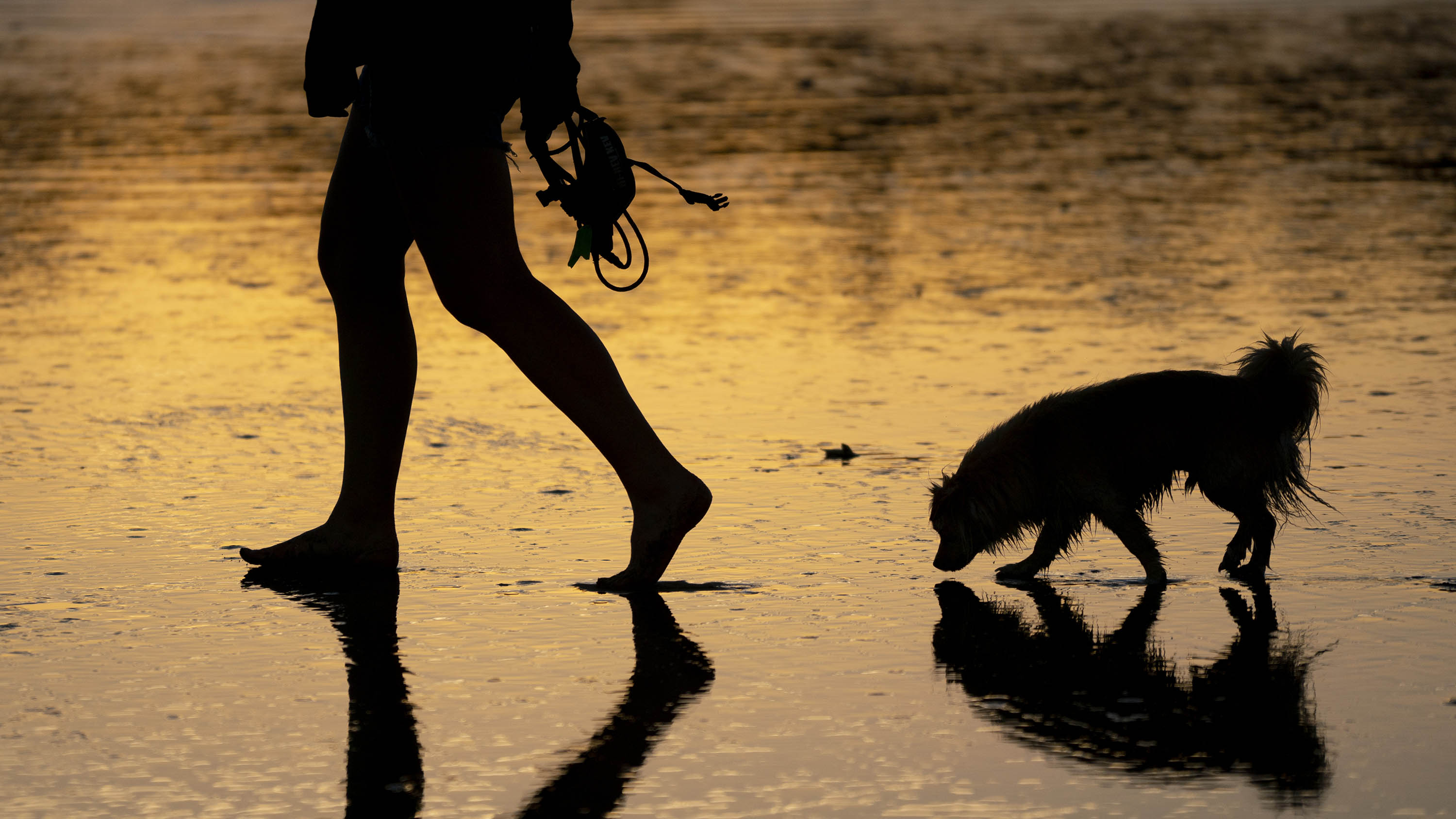 Dog owners are being reminded that on summer days parts of Christchurch and Banks Peninsula’s popular swimming beaches are off-limits to unleashed dogs.

“We know many people enjoy playing with their dogs at the beach and they can still do that, but they need to steer clear of the main swimming areas or go early in the morning or in the evening,’’ says Christchurch City Council Animal Services Manager Mark Vincent.

“Between 9am and 7pm unleashed dogs are banned from specified areas of our swimming beaches because people who have come to the beach to have a splash in the sea or to make sandcastles with their kids don’t want lots of dog running around.

“Although dogs are prohibited at these beaches between 9am and 7pm, dog owners can walk their dogs through these beaches as long as they are only passing through and they keep their dog on a short leash,’’ Mr Vincent says.

“We have a big coastline so there is still many kilometres of beach where dog owners can have fun with their pets over the summer. Just remember you need to keep your dog under effective control and clean up after them if needed.’’

At Spencer Park, Waimairi, North and South New Brighton beaches dogs are prohibited for a distance of 100 metres either side of the surf lifesaving clubs’ pavilions.

At New Brighton Beach dogs are prohibited for a distance of a 100 metres in a northerly direction of the surf lifesaving club’s pavilion to a point 100 metres south of the pier.

At Sumner beach dogs are prohibited for a distance of 100 metres north of the Sumner Surf Lifesaving Club’s pavilion through to Cave Rock.

At Taylor’s Mistake beach dogs are prohibited for a distance of 50 metres either side of the surf lifesaving club pavilion.