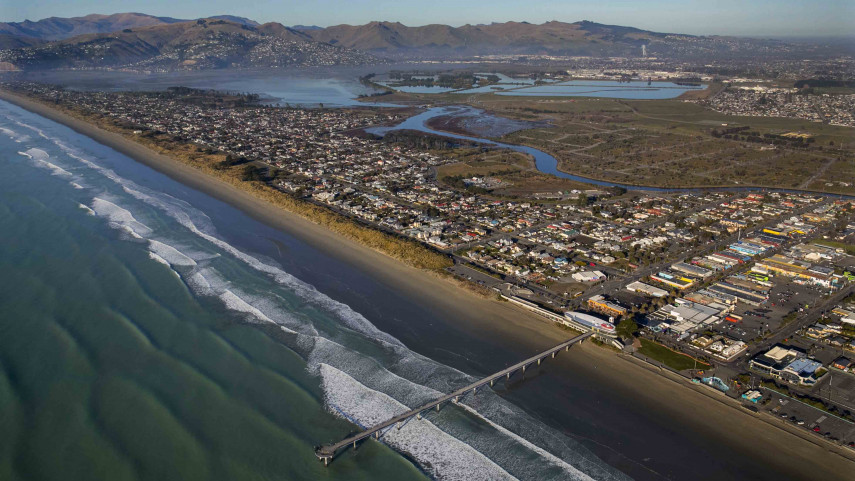 Large blocks of New Brighton land have been released for new housing in the next step in the ongoing regeneration of Christchurch’s seaside suburb.

ChristchurchNZ’s Urban Development team is calling for expressions of interest in land on Beresford Street, running alongside Brighton Mall, for residential housing development.

This follows good progress on the Seaview housing development on the northern side of the mall where the site has been cleared in preparation for 50 new homes.

The Beresford Street project aims to add more housing options and people to central New Brighton. It follows the successful development of the foreshore as part of the New Brighton Regeneration Project.

“He Puna Taimoana has proved a huge success for the suburb, with visitor numbers in its first year of about 120,000 smashing expectations. The hot pools café is also being used as a new events venue, with 40 tourism business leaders recently attending a business development function.

“More people are heading out to the seaside, enjoying the pools, taking the kids to the new playground and making the most of local businesses and cafes. We’ve always known that the key to the successful regeneration of New Brighton would be people: the more people we can bring to the heart of the suburb the more businesses will thrive and it will become more attractive to visitors.

“With the public projects a big success, and business landowners beginning to make improvements, the final phase is the development of housing within walking distance of all the exciting new developments. Work is well underway on Seaview Road and we’re now releasing a significant block of land on Beresford Street,” she says.

Alongside the Seaview Development, work is pushing ahead on the creation of a community-led arts hub in the former Roy Stokes Hall. Twenty-five proposals have been received from potential tenants as part the pilot programme to create the Art and Community Hub, with a business case being led by Life in Vacant Spaces.

Ms Carter says there is already strong interest from developers in New Brighton land parcels as the city experiences a strong property market. “We’ll be working with the successful parties to confirm a medium-density residential development that will get underway as soon as possible.”

Expressions of interest in the development of the three blocks of vacant land on Beresford Street are now being sought and will close on 26 August. Interested developers can contact urban.development@christchurchnz.com for information packs.