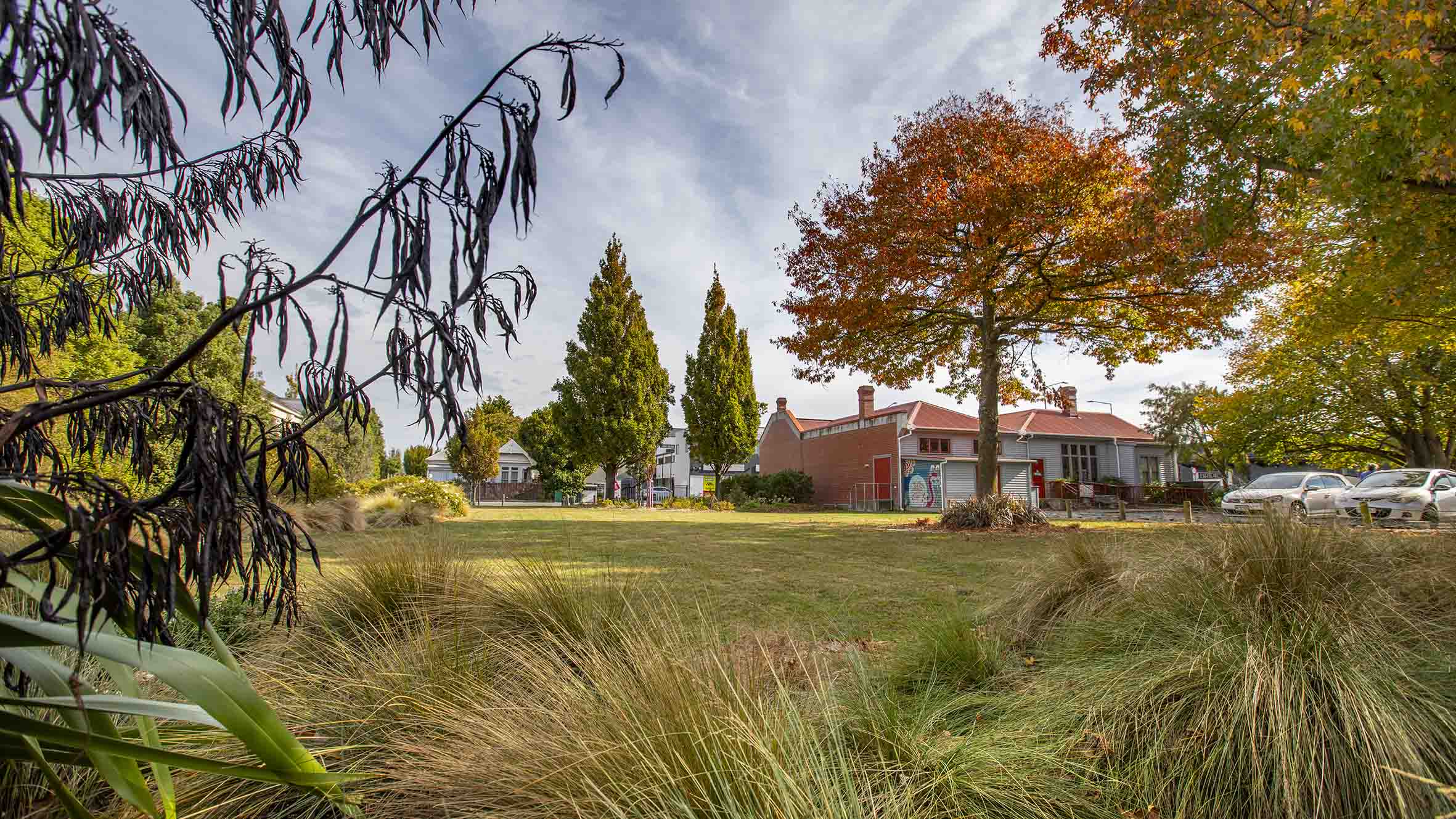 A reimagined interactive artwork of a well-known painting by Doris Lusk – created by two of her granddaughters – will take pride of place in a reserve named in the artist’s honour.

The Waikura/Linwood-Central-Heathcote Community Board has approved the commissioning of the proposed work – titled The Pumping Station – by sisters Natasha English and Tatyanna Meharry.

The Board has also approved changes to the landscape plan for the reserve under the Linwood Village Master Plan.

The sisters, who grew up next to their grandmother in Linwood, have reimagined Lusk’s 1958 artwork of the same name as a three-dimensional interactive structure.

The new work outlines the key features of The Pumping Station in tubular metal that rises out of the ground to form ‘hill’ shapes. Each ‘hill’ will join in undulating pairs, creating swing rails inviting children to clamber, swing or slide across the shapes. A window frame – a feature on the original Pumping Station – will enable children to sit or stand on the ‘ledge’.

A circular plaque will detail the significance of the original artwork and the connection to the reserve. Bricks created by local children will surround the sand-cast steel plaque.

“We both grew up in the neighbourhood in Gloucester Street, so we wanted to create something that reflected not only our memories of place but also anyone who has lived there too,” Meharry explains.

“Our connection to Doris Lusk, our grandmother, made designing around her works an obvious choice. We hope that our work will achieve a meaningful connection not only to the park, but the neighbourhood, and encourage active participation in play and creation.”

The sisters have worked together on many art and design projects, winning the top prize at the World of Wearable Art Awards.

“Our grandmother has had a huge impact on how we both see the world. We spent a great deal of time with her and were lucky to be exposed to all sorts of ideas and people. The mind-set that art is necessary for the well-being of the individual and community to create balance and opportunity came from her.”

The artwork – chosen by a selection panel from seven submissions – will be in place later this year.