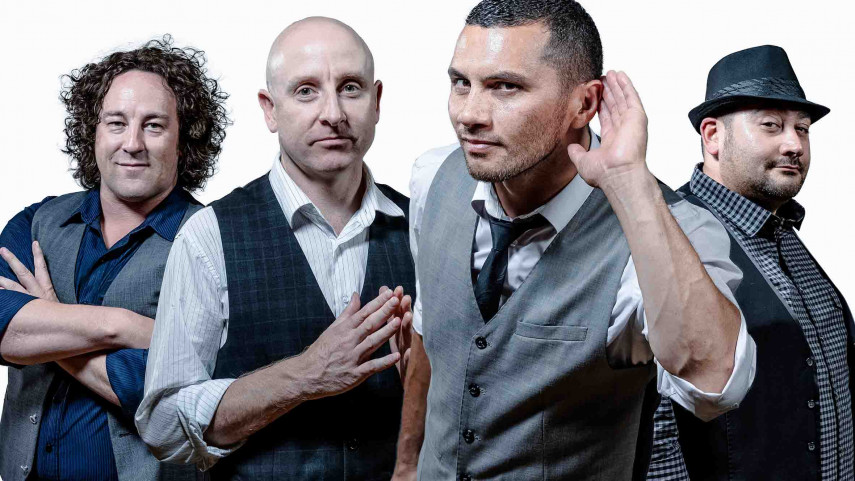 A top line-up of bands that will be enjoyed by all ages are set to herald in the New Year at Christchurch’s Hagley Park.

Rock band Opshop and pop rock band stellar* will headline the family-friendly event that kicks off at 6pm.

“We’re excited to be back performing in Christchurch for NYE2021,” says stellar* singer Boh Runga, who grew up in the city along with drummer Andrew Maclaren.

The band rose to fame in the 90s and early 2000s with hits like 'Violent' and 'Undone' and played together until 2010. After a seven-year break they reformed in 2017 and have been playing gigs again since.

“We played in Christchurch in 2019 at the Town Hall but are really looking forward to being in front of a large crowd in Hagley Park. It’s going to be massive; there’s nothing like performing back in our hometown,” Maclaren says.

Opshop, fronted by Jason Kerrison who this year won the first season of The Masked Singer NZ, are also keen to be back in front of a Christchurch crowd.

“It’s always fun playing for a range of ages. We can’t wait to perform some of our crowd favourites.”

“We’re really excited to be planning a large event for the public to enjoy, while remaining ready to comply with any Government advice about COVID-19 and if large-scale events can happen or not by the time New Year’s Eve arrives.

“We had 24,000 people welcoming in 2021 at last year’s celebration and we think this year will be even bigger if people are able to gather together. There’s no better place to party into 2022 than Hagley Park along with family and friends.”

Also performing on the night will be DJ GETSET with H Kaa on live vocals, who will kick the evening off at 6pm. They will be followed by Christchurch power pop act Imperial April, before Stellar* and Opshop take to the stage.

When the clock strikes midnight the sky will be lit up with fireworks from the Firework Professionals.

Kids will again be catered for with a special section of entertainment especially for them. This will be headed up by popular children’s act Music with Michal, whose song ‘Brave’ won ‘Best Children’s Song’ at the 2021 New Zealand Children’s Music Awards.

A special mock countdown will be held for young children at 8pm, so families can head home earlier if they need to.

The event is smoke, vape and alcohol-free and, for quick entry, attendees are encouraged not to bring a bag as these may be searched on entry.

Find out more about the New Year's Eve Party.