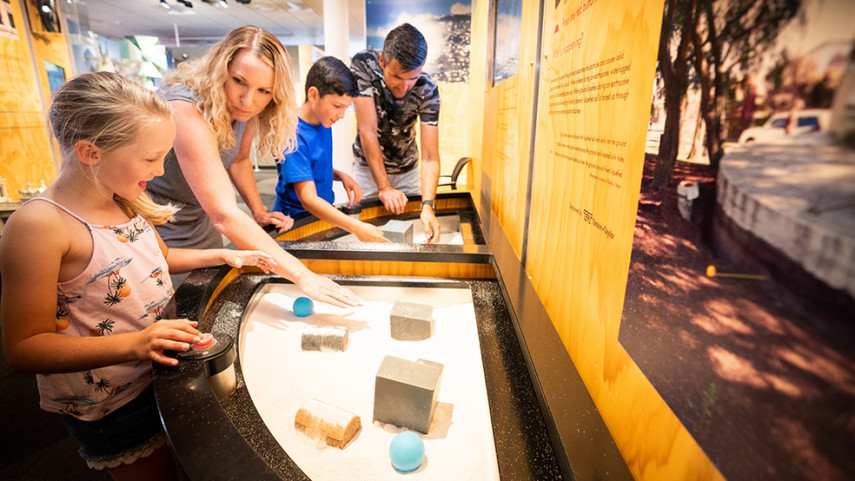 Cantabrians can mark the 10th anniversary of the 22 February 2011 earthquake with a free visit to Quake City.

There will be no cost for those wanting to visit Canterbury Museum’s special exhibition on the day of the quake anniversary.

Recent additions to the exhbition include a sculptural wall of orange road cones in the entry area and a slideshow of buildings, artworks and streetscapes showing how Ōtautahi Christchurch has changed in the decade since the earthquakes.

Several Cantabrians who recount their experiences on 22 February 2011 in the film 12.51, which runs in the exhibition, have been reinterviewed and feature in a new short film reflecting on how their lives have changed in the past decade.

Museum Director Anthony Wright hopes that Cantabrians take up the opportunity to visit Quake City and reflect on the past 10 years.

“The February quake was a tragedy that continues to affect the lives of Cantabrians, so it’s important that we have a place to tell the stories of the earthquakes and appropriate that we mark the 10-year anniversary with free entry,” he says.

“Quake City has some sobering reminders of what we lost in the earthquakes but also of the challenges we overcame by pulling together.”

Quake City originally opened in Cashel Mall in February 2013. The exhbition was moved to 299 Durham Street North in September 2017.