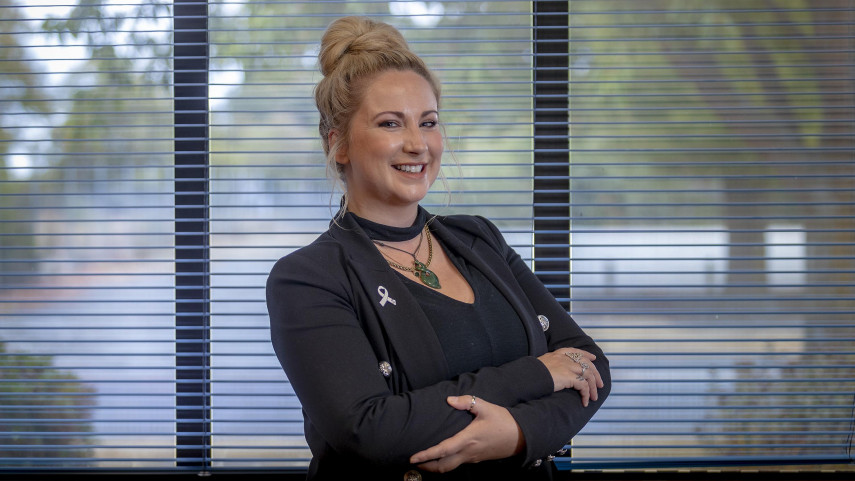 At 34, Ms Davids plans to “take advantage of my relative youth and energy to help advocate and drive new ideas and change” as Community Board Executive Committee Chairperson for Local Government New Zealand.

“I was surprised to be chosen, to an extent,” she says.

“It has taken many years for younger people to be taken seriously, so it has felt special to be elected with support from more mature people.”

First elected to a community board at age 28, Ms Davids continues to build on her very early commitment to helping young people and families.

“Instead of going to holiday programmes, my mum would send me to the Methodist Mission Food Bank to volunteer putting together food parcels for families,” she recalls.

“I got to meet some of the families and it gave me an insight at a very young age as to how people were struggling in our city.”

Remarkably, she still manages to find the time to work with the Battered Women’s Trust, answer calls on Crisisline, chair Keep New Zealand Beautiful and a school board, and be a Graeme Dingle Foundation trustee and Resource Management Act Commissioner.

On a lighter note, she also takes a starring role in local Murder Mystery shows.

After finding her first-year political science degree “rather dry”, she opted to commit to helping others and ended up on the Community Board in 2013.

Now a three-term member and the Deputy Chairperson, Ms Davids believes that her work ethic and involvement in many different areas will help drive her committee role.

“I am also young (ish) and a woman and I believe decision makers want to see more diversity in their leadership positions,” she says.

She describes that position as having a “wide reach”, pointing out that each community board often faces similar issues.

It also offers a good opportunity to “keep local issues on the table”.

Driven by her lifelong commitment to advocacy, Ms Davids is thrilled to see changes in her own neighbourhood, citing a new pool, the success of The Street-Based Sex Workers Working Group, and a growing awareness of stronger community connections.

“I want to see happy, healthy, sustainable and resilient communities. It is my goal to help wherever possible to make this the norm,” Ms Davids says. “Today, I am in a position to make true, positive change for my own community and city and, of course, nationally.”