Godwits return from their long journey 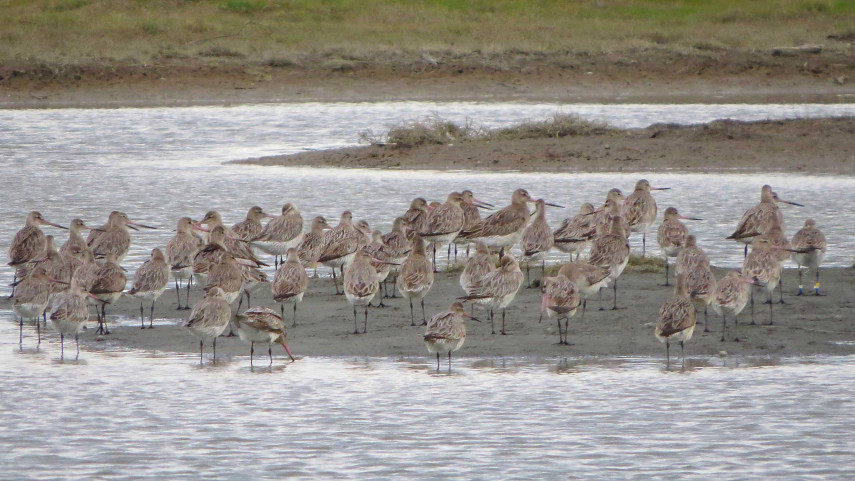 The bar-tailed godwits are back, heralding the arrival of spring on the Avon-Heathcote Ihutai Estuary.

September 13 is a typical date for them to begin arriving, he says - they usually come between 9 and 20 September.

Six months ago the migratory birds left Christchurch for breeding grounds in Alaska, a feat of flying that sees them clock up about 29,000 kilometres over the course of their return journey.

They fly non-stop to the Yellow Sea coasts of China and Korea where they refuel before their final journey across the North Pacific to Alaska, to breed on the open Arctic tundra.

Mr Crossland says the distribution of godwits across the city is changing, with numbers decreasing on the Avon-Heathcote Estuary but increasing in other parts.

“Numbers at both locations have increased in recent years from 100-150 each to 300-500 each and small numbers of godwits have been sighted at locations where they are rarely seen, such as Akaroa Harbour, Port Levy and Lake Forsyth /Wairewa.”

Mr Crossland says the reduction in numbers at the estuary could be a combination of factors.

“The legacy effects of the earthquakes is one - particularly the extensive liquefaction that occurred across the mudflats - along with the levels of disturbance around the estuary’s shore and waters.”

The new arrivals are distinguished by red feathering in their plumage, thin bodies and frantic feeding behaviour.