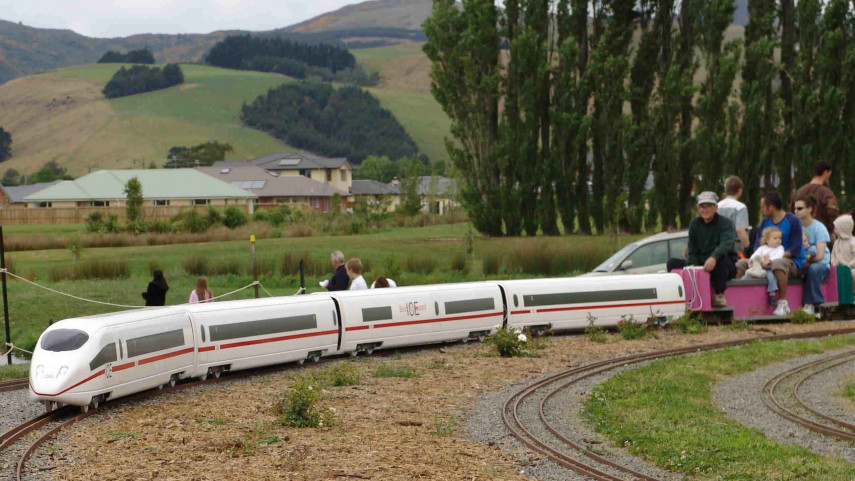 It is full steam ahead for the expansion of Halswell’s popular miniature railway.

The Waipuna Halswell-Hornby-Riccarton Community Board has agreed that the Canterbury Society of Model and Experimental Engineers (CSMEE) can increase the size of the area they lease at Halswell Domain for their miniature railway.

The railway operates every Sunday afternoon, weather permitting, and is hugely popular with families who can ride the miniature trains for a small charge.

Last year CSMEE sought a new lease agreement with Christchurch City Council so that it could add a new loop of track to the railway. The new loop will be 720 metre long and, once built, will bring the total length of the railway to about 2.2 kilometre.

During the public consultation on the lease application, the Council received 261 public submissions. All but three of the submissions received supported CSMEE’s plans.

A Hearings Panel, chaired by Councillor Anne Galloway, considered all the submissions and recommended to the Waipuna Halswell-Hornby-Riccarton Community Board that they approve the new lease.

Waipuna Halswell-Hornby-Riccarton Community Board Chair Mike Mora says the miniature railway is a wonderful asset, not just for the local community, but for the whole of Christchurch and the Board is happy to support CSMEE’s extension plans.

“The railway is a wonderful, low-cost attraction for families and the Canterbury Society of Model and Experimental Engineers has done a great job building and running the railway for many, many years,’’ Mr Mora says.

“They are very responsible, safety-conscious tenants and they have invested significant time and resources into developing their facilities at Halswell Domain. We are pleased that we can help them realise their plans for expanding the railway.

“A concern was raised during the consultation on the lease application that a small area of vegetation needs to be removed to allow for the new track. However, this will be replaced with a larger area of vegetation so overall there is a net gain” Mr Mora says.