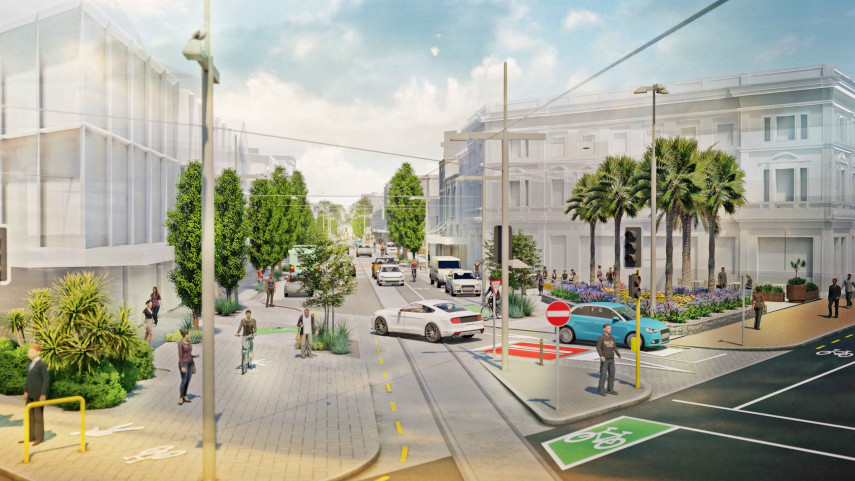 Work to fix earthquake-damaged High Street and create a vibrant, people-friendly environment is under way.

The makeover started on Monday and the invasive works are expected to be finished in late November/early December. The contractor will then return to complete more minor streetscape works. The tram extension is to be completed in the New Year.

From next week High Street will be:

Christchurch City Council Acting Head of Transport Lynette Ellis says every effort is being made to minimise disruption for businesses and pedestrians while the work to upgrade High Street is carried out.

“There will be traffic management in place and there may be some traffic delays and areas cordoned off, but we’re working with people along the street to find convenient times to do this work. Business and pedestrian access will be maintained at all times.

Replacement sewer pipes will be laid in High Street between Cashel and Lichfield streets, and along stretches of Manchester Street and Lichfield Street towards the Bus Interchange. The stormwater pipe along both blocks of High Street also needs to be replaced.

That will be followed by road resurfacing and streetscape improvements, along with an extension to the tram loop from High Street along Lichfield and Poplar streets and then back up High Street.

The Tuam Street intersection will be simplified and new feature lighting installed, while the life-sized bronze corgis will be relocated closer to Poplar Street, beside a new tram shelter.

High Street between Lichfield and Tuam streets will be level paved across the road and footpath.

"This project will help to restore High Street's special character and make it an attractive, people friendly area within our increasingly vibrant city," Ms Ellis says.

Contractor Fulton Hogan has been appointed by the Council to carry out the work.