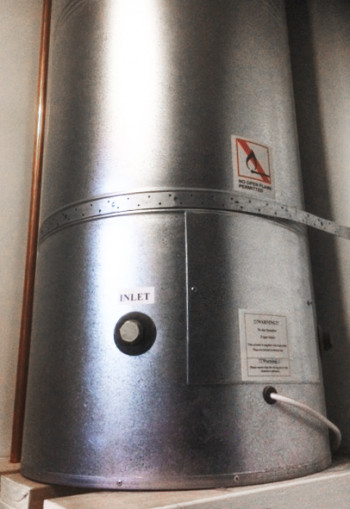 The temporary chlorination of Christchurch’s water supply is being linked with an increase in hot water cylinder failures. Here, we answer some of the commonly asked questions about the issue.

Why are hot water cylinders failing?

Christchurch has historically had issues with hot water cylinder failure. Certain areas of the city, such as Cashmere, have been affected more than others. We are still working with the industry to better understand the scale and possible causes for the increased rate of failure over recent months.

There are multiple factors that can lead to a hot water cylinder leaking, and then needing to be replaced. These include: the chemical composition of the water, the age of the cylinder, the type of cylinder, whether there is any debris in the cylinder, and the quality and thickness of the copper used.

We have been working with manufacturers and it appears the majority of the cylinders that are failing are reported as older, low pressure copper cylinders.

Why are other parts of New Zealand that have chlorinated water not having large numbers of hot water cylinder failures?

The chemical composition of water supplies around the country is quite different.

Places like Auckland and Wellington use surface water (from rivers and streams) which generally develops a protective film when in contact with copper plumbing.

In Christchurch, we are using groundwater (from aquifers).

In Hastings and Napier, for instance, they have bore water supplies and also experienced a rise in hot water cylinder failures following chlorination of their water networks. Napier and Hastings found the number of failing cylinders decreased over the year after chlorination was introduced.

What does the Council say to people who have had to repair or replace their cylinder?

It’s important to remember there are multiple factors as to why pitting occurs in hot water cylinders. These include: chemical makeup of the water, age of the cylinder, type of cylinder used, debris in the cylinder, and the quality and thickness of copper used. Because of this, the Council is not compensating property owners.

We are continuing to monitor the situation and work with manufacturers and suppliers to gain further understanding. Work is also progressing on our well head remediation programme to reduce the chlorine levels in our water.

What cylinders should I buy if I need to replace mine?

There are specific cylinders that are sold for areas where pitting corrosion is prevalent. If you are replacing your cylinder talk to your plumber about the best option for your area. Some options include enamel-lined steel or stainless steel cylinders.

If the chlorine is reacting with copper in hot water cylinders could it also be impacting gas systems or pipes etc?

There is no evidence of an increased number of failures in copper heat exchangers in gas continuous flow units, copper water pipes, or other fittings.

What is your response to the University of Canterbury report?

We have now had the chance to consider the University of Canterbury report and the conclusions reached. We agree that the presence of chlorine in the water, along with the other factors noted in the report (such as temperature, details of installation and water chemistry), has contributed to the observed pitting corrosion. We similarly agree that pitting corrosion of hot water cylinders is likely to become more frequently observed.  Whether or not this extends to other copper plumbing fittings is yet to be determined.