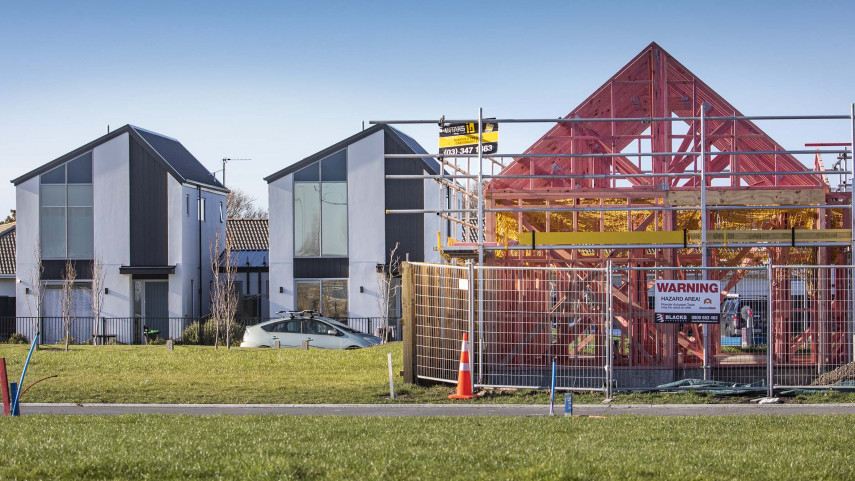 New housing growth in Christchurch is at a 20-year high.

An analysis of Christchurch City Council building consents shows that in the past 12 months Christchurch gained 2792 new dwellings.

That is up 12 per cent on the previous 12 months and the highest annual gain in housing in Christchurch since 2000.

Housing gain is calculated by taking into account the number of new houses built, as well the number of houses removed or demolished.

Most of the new house builds were in southwest areas of the city, particularly around Halswell. Areas like Prestons and Yaldhurst also experienced large increases.

“The housing growth that is taking place in the south-west of Christchurch is not a surprise – we’ve been planning for it since the 1990s,’’ says Council Urban Development and Transport Committee Chair Councillor Mike Davidson.

“Long before the earthquakes, the Council identified the southwest of the city as an area for urban growth. We prepared the South West Area Plan, which set out the growth which was anticipated and how it would be accommodated.

“We have invested significantly in building infrastructure, facilities and an extensive, connected open space network to support the development of new and existing communities and neighbourhoods which have established in the Halswell area.

“The area has long been very popular, particularly with families, and we expect to see the growth continuing for some time yet,’’ Cr Davidson says.

This is partly due to the increasing demand for more affordable housing, together with District Plan rules requiring higher densities to deliver a broader range of housing types (other than 3-4 bedroom single storey dwellings) and promote more efficient use of land.

Several years ago within Christchurch, the required number of households per hectare in new residential area was increased from 9 houses to 15 houses per hectare.