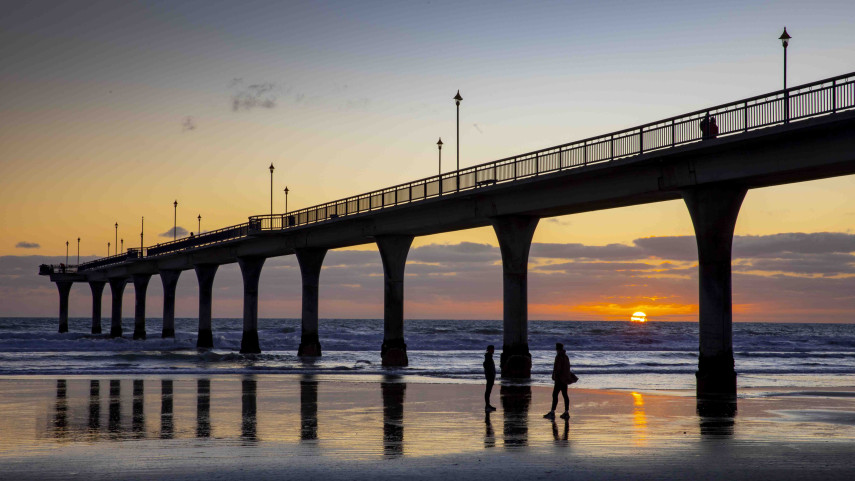 It’s Christchurch’s most photographed landmark and Australasia’s biggest ocean pier and now it’s a quarter of a century old.

“The Pier is such an icon in Christchurch, but also for the local New Brighton community. It has such a rich and interesting history, it’s great to acknowledge this milestone,” Christchurch City Council Head of Parks Andrew Rutledge says.

The first wooden incarnation of the Pier was opened in 1894 and was there for 70 years.

It had a penny arcade and a nightclub, complementing New Brighton’s role as the only place in Christchurch you could shop on a Saturday.

But by 1965 it had become so rundown, the Council had it demolished.

For the next 30 years the Pier and Foreshore Society rallied for another to be constructed.

“The Pier is a real testimony to the work of the community who fundraised for it to be built. Here’s to the next 25 years,” Mr Rutledge says.

To mark the occasion, a small celebration and cake cutting will be held today with those who helped fundraise, design and build the Pier.