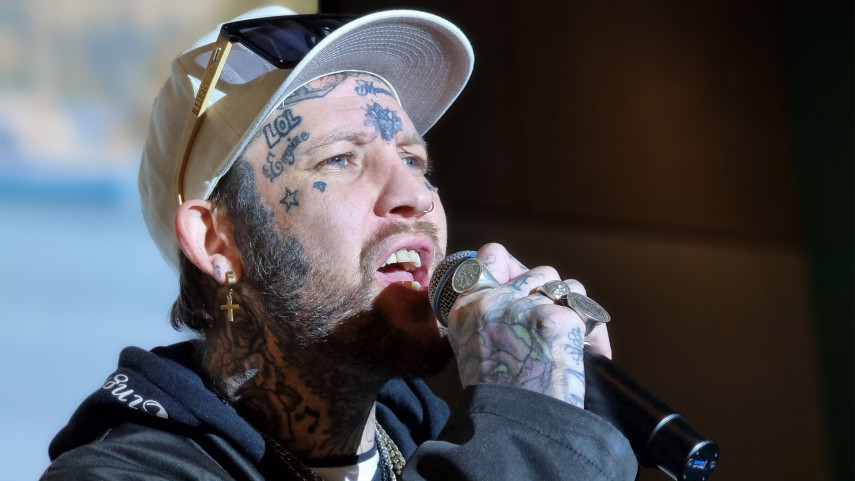 He battled against the ADHD he was diagnosed with at the age of six, had a hard time through school, got into trouble and later in life struggled massively with addiction to methamphetamine.

Hunter ended up in hospitalised during a drug induced psychosis.

But then he threw himself into hip hop music.

“I was wayward, I was in an institution and that’s when I started freestyling under the name Lorde Casatore. It wasn’t any good but I was listening back to the raps and I started to hear hope,” he said.

He credits music for saving him from those demons and created the King Cass identity he still raps under five years ago.

“My journey started in 2017 and that’s when I started to tell my story through music. In 2018 I dropped my first album,” Hunter said.

“When I got the help I needed, I chose to make music and to help other people.”

He’s been clean for three and a half years from methamphetamine.

“Around that time I heard they were building a studio in Tūranga. I was straight on the phone and booked it. I was probably one of the first people to use it,” Hunter said.

He’s uses the Taupuni Oro/Ataata Audio/Video Studio on level 4 of the central city library recording, mixing and producing his music, as well as using it as a space to mentor others.

“I’ve recorded a lot of stuff up there. Draft copies, demos as well as creating prototype key rings and t-shirts there as well.”

Hunter said Tūranga was a “beautiful” facility with more to offer than most people realise or make the most of.

“Whether you’re a business just starting to grow or a young person trying to find your way, they can help.”

He’s even been using the space to quietly study towards his Level 4 certificate in Social Wellbeing and Youth Development.

“My journey is ongoing. My demons are always going to be there but now I’m on the light side, not in that dark place anymore,” Hunter said.

He hopes to inspire the next generation to back their dreams.

“I believe in the three Ps – passion, potential and purpose so I’ve studied to be a youth worker and support young people so they can blossom.”

In the future, Hunter is hoping to work with local agencies to bring stories alive for rangatahi in similar situations through hip hop workshops.

Check out King Cass’s Facebook and Instagram and find out more about the creative resources Christchurch City Libraries has to offer here.