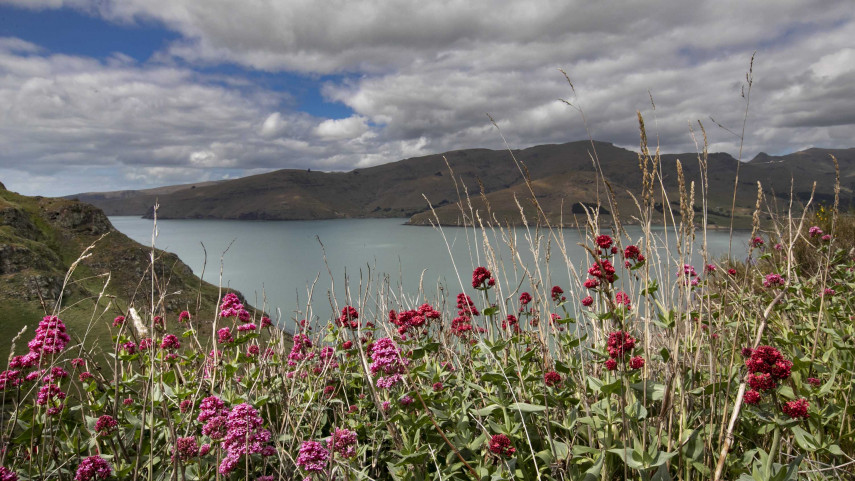 A common garden plant has hopped the fence and is wreaking havoc on Whakaraupō/Lyttelton Harbour’s native vegetation.

Spur valerian, a cottage garden plant with pink, magenta or white flowers, is spreading across rocky outcrops and coastal cliffs around Banks Peninsula and Lyttelton Harbour.

“Spur valerian, originally from the Mediterranean, is an aggressive species and a serious threat to the rare native plants that call Whakaraupō home.”

The rocky volcanic bluffs and coastal cliffs of Whakaraupō Harbour and Banks Peninsula are home to many rare and fragile native species found nowhere else in the world. Many of these plants are threatened with extinction from weed invasion.

Spur valerian seeds have blown from gardens around Whakaraupō Harbour.  Once in the rocks it grows into thickets and outcompetes small plants, including one of the most threatened species in New Zealand, the Banks Peninsula forget-me-not, which is found naturally around Mount Evans, and the Banks Peninsula sun hebe. Both are endemic to Banks Peninsula and found nowhere else in the world.

Christchurch City Council and Environment Canterbury have provided resources to help control spur valerian on private land. The Council’s park rangers are working closely with landowners to prevent spread beyond Whakaraupō and to protect the special plants within the Whakaraupō basin.

The control work covers 18 sites and will run twice a year in spring and autumn, for the next six years.

“Flowering occurs in two main bursts, so control is done in spring and autumn before any flowering plants set seed,” Di says.

“We need to carry out ongoing survey and control to make sure no new plants are spreading beyond the containment zone.”

People who wish to keep the plants in their gardens can help  reduce the seed volume by removing flowers prior to seeding, or remove and replace with less spreading garden plants, such as lavender for the “cottage” look or a local native plant like the New Zealand linen flax (Linum monogynum).

These projects, combined with roadside control to prevent the spread along road corridors beyond Corsair Bay, Governors Bay, Church Bay and Diamond Harbour, and with help from gardeners in the townships of Whakaraupō, will help protect the special rock outcrop and coastal cliff vegetation across the wider Peninsula.