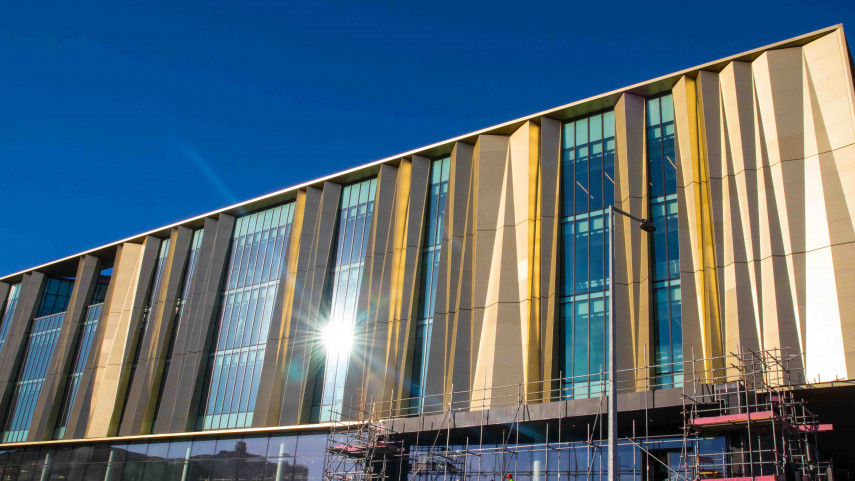 Save the date: Tūranga, the new central library, will open its doors on 12 October.

The $92.7 million five-storey facility is set to become the most modern public library in the southern hemisphere and the largest in the South Island.

Christchurch City Council Head of Libraries and Information Carolyn Robertson says after years of planning and work it is exciting to see the project on the home stretch. It will be the flagship for the Christchurch City Libraries network, supporting 19 community, digital, and mobile libraries, and welcoming an expected 3000 visitors each day.

“Now that we’ve announced an official opening date, I think it’s fair to say excitement levels have shot up. Everybody involved with this project – including our partners Southbase, TSB and Spark – is eager to see it open for the city and its visitors come October.”

Ms Robertson says a significant amount of community input has gone into the anchor project from the start.

“More than 2400 public ideas helped shape the final plan, and many of those ideas are now literally taking shape inside the building. To see it all coming together is amazing. I think people are going to be very proud of their new central library.”

The building is scheduled to be completed and handed over to the Council at the end of this month, at which point Christchurch City Libraries staff will begin the process of moving in and readying the facility for opening.

“The entire collection currently held in the temporary central libraries at Manchester and Peterborough streets will be relocated to its new, permanent home in Tūranga. In total, more than 180,000 items will make the move in just a few weeks, so it will be a busy time for library staff.”

Central Library Manchester's last public open day will be 18 August, while Peterborough's will be 26 August.

Ms Robertson says any outstanding reserved items at those libraries will be redirected to South and Fendalton libraries respectively, and loaned items can be returned to any library in the Christchurch City Libraries network. Turanga - the new central library is set to open on 12 October.