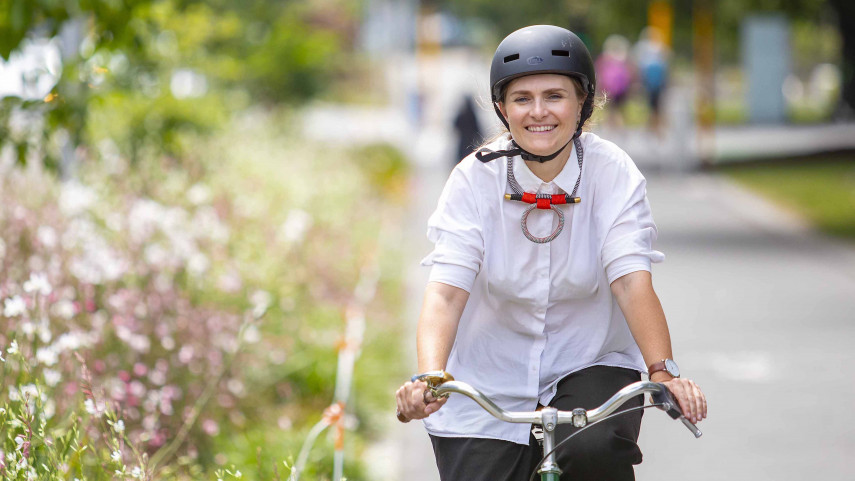 Get on your bike next month and you could be pedalling your way to prizes as well as helping to clear the air.

The Aotearoa Bike Challenge is a nationwide competition that runs for the month of February.

Organised by the New Zealand Transport Agency and Love to Ride, it aims to get more people riding their bikes, benefiting their health and the climate.

More than 300 Canterbury workplaces and over 3000 local people have already signed up to join the event, which is supported by Christchurch City Council and starts on Saturday.

This is already an increase on last year’s record number of 295 Christchurch organisations participating, and registrations are climbing every day.

Nationwide, more than 14,000 people have signed up.

Council Transport Operations Manager Steffan Thomas says the Aotearoa Bike Challenge offers an incentive for people to bike instead of taking the car. “Sometimes all people need is a little bit of a kick-start to do something they’ve been talking about for a while.

“Christchurch is typically a big supporter of this event. Last year we had 2 per cent of our working population taking part, which is pretty impressive when the New Zealand-wide figure is 0.7 per cent.

“It’s not just for experienced riders either. Last year about 20 per cent of participants hadn’t been on a bike in the previous 12 months and 20 per cent were only occasional riders. It’s definitely a lot of fun - 96 per cent of people who took part last year were keen to do it again this year.”

Transport accounts for over 50 per cent of Christchurch’s emissions and biking to work is the cleanest way to travel, Mr Thomas says.

Riders who join the challenge clock up points for every kilometre and every day they ride, and for every person they encourage to sign up. New riders get bonus points.

Participants go in the draw for national prizes, including a $5000 e-bike and other outdoor gear, and local companies have also offered rewards such as boutique accommodation, food boxes and festival, film and adventure passes.

Points contribute to their workplace’s total which is tracked through a live leaderboard on the Challenge website showing which organisations and individuals are on top.