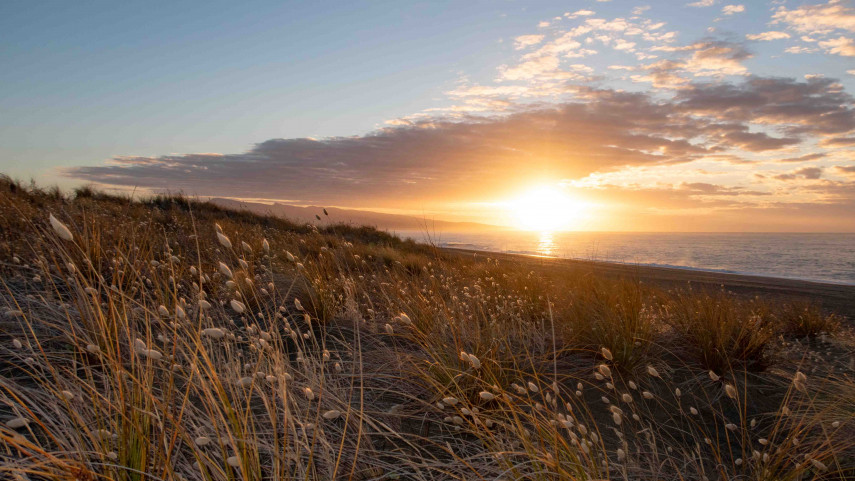 A joint venture has bought 1000 hectares on Kaitōrete Spit to protect and rejuvenate the environment and to develop aerospace research and development (R&D) facilities.

Those facilities may include a launch facility.

The purchase of the land on Kaitōrete Spit by Project Tāwhaki – a joint venture between the Crown and Kaitōrete Ltd – is being hailed as a significant step forward in the development of key infrastructure to support Canterbury’s aerospace and future transport industry.

"This is outstanding,'' said Mayor Lianne Dalziel. "As a city we have been working hard to build on the strengths of our region while looking at global opportunities. Aerospace and future transport represent an important strand of this work.

"The development of aerospace facilities at this strategic site, at the same time as restoring the environmental and ecological values of this special place, shows that it is not an either/or.

“I am personally extremely happy to see the partnership between local hapu and the Crown that will deliver intergenerational benefit directly to local people and rangatahi.

“Ōtautahi Christchurch has long been a basecamp for exploration of extreme environments, as one of five Antarctic gateway cities. Now the horizon for that exploration has been dramatically expanded as the city’s aerospace industry grows further,'' the Mayor said.

Aerospace and future transport is one of the four industry clusters or “supernodes” with enormous potential to boost Canterbury’s economy.

ChristchurchNZ Chief Executive Joanna Norris said the purchase of the land on Kaitōrete Spit was a significant step forward for the region’s aerospace ambitions.

“We’ve known for some time the potential of Canterbury to be a significant player in aerospace and future transport. This purchase brings us a huge step closer to launch, R&D and test facilities that will drive us forward,’’ Ms Norris said.

“Canterbury has the perfect geography and airspace for testing innovative aircraft and autonomous prototypes, and is home to the best in engineering, tech and precision component manufacturing.

“We’ve got all the right ingredients and now with this land secured, the city can significantly advance. This builds on the considerable potential of the aerospace and future transport supernode that ChristchurchNZ has built with aerospace businesses, tertiaries and iwi,’’ Ms  Norris said.

The Kaitōrete Spit is an area of significant cultural importance to the two Rūnanga involved in Project Tāwhaki.

Over the next 12 to 24 months, 5000 native plants and trees will be planted and the land will be fenced to help protect it.  The land is home to numerous rare and locally endemic plant, invertebrate and reptile species, with internationally recognised ecological value.

The spit also has a history of aerospace research, as it was used by NASA for suborbital rocket launches in the 1960s.