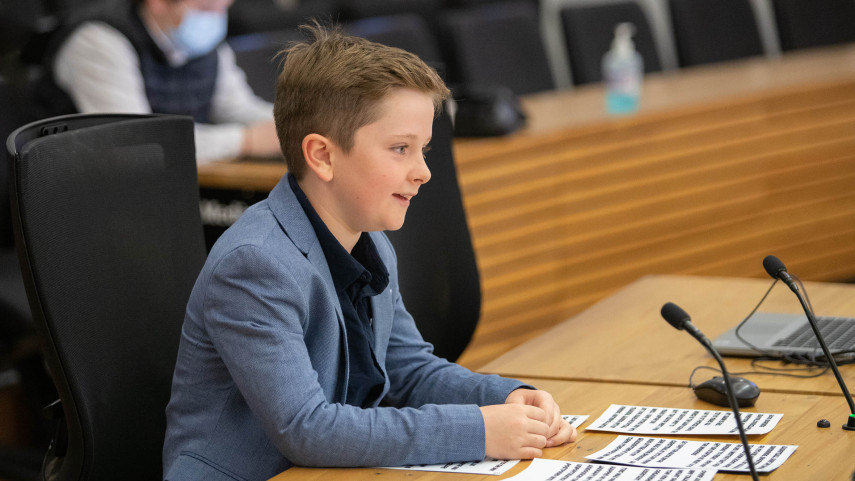 But he also has a particular interest in politics and could one day see himself sitting at the head of the Christchurch City Council table as Mayor.

So that's why Gus became Mayor Lianne Dalziel's assistant for the day, sitting by her side and overseeing the Thursday 9 June Council meeting.

He even goes to the same school the Mayor and Councillor Pauline Cotter went to, St Patrick's School.

"But the Mayor went a few years before me," Gus said.

So after meeting her at Vic's Cafe it was decided he would spend the day helping the Mayor out to see how the Council works and understand what Councillors do "to make Christchurch great again."

Gus's day in the Chamber saw him being treated like the Mayor and helping run the meeting through a number of different items.

"I really liked the Community Board reports. Especially how [Waitai Coastal-Burwood Community Board chair] Kelly Barber responded and presented the report to me," Gus said.

Ms Dalziel said it was great to have a young person bring some joy to the Council table for the day.

"He turned up, dressed up and looked like a regular part of the business," she said.

"He was incredibly diplomatic and kept the Councillors in line which are important parts of being a Mayor. He's got a great political mind."

She was particularly impressed with his speech, parts of which were ad-libbed.

Gus said it was worth skipping a day of school for and could definitely see himself running for Mayor...one day.